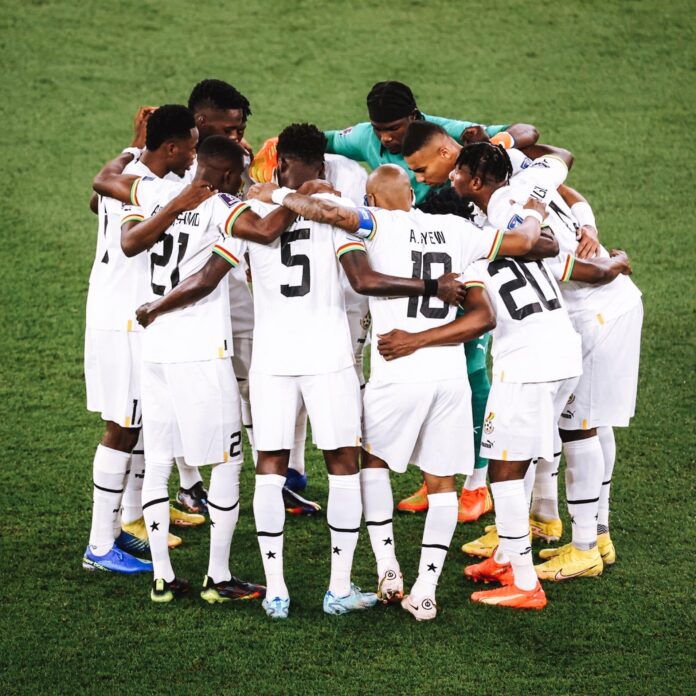 Ghana captain, Andre Ayew has said the Black Stars will still make it to the next round of the 2022 World Cup despite suffering a defeat on Thursday.

The Black Stars opened their campaign for the Mundial with a 3-2 defeat against Portugal at the 974 Stadium.

With Ghana set to face South Korea in their second Group H on Monday at the Education City Stadium with kick-off scheduled at 13:00GMT, Andre Ayew, who is the skipper for the side says the team has what it takes to secure a place in the next round.

The win takes Portugal top of the group but the 0-0 draw between South Korea and Uruguay earlier in the day means today’s loss might not prove to be too costly for the Black Stars.

Ghana will wrap up its group stage adventure with its much-anticipated encounter with Uruguay at Al Janoub Stadium in Al Wakrah.

The Black Stars are aiming to play the next round after exiting at the group phase in 2014 in Brazil.

ALSO READ  Senegal Minister of Petroleum and Energies to participate at AEW 2022 with a strong focus on investment, gas monetization, and a just energy transition
AMA GHANA is not responsible for the reportage or opinions of contributors published on the website.