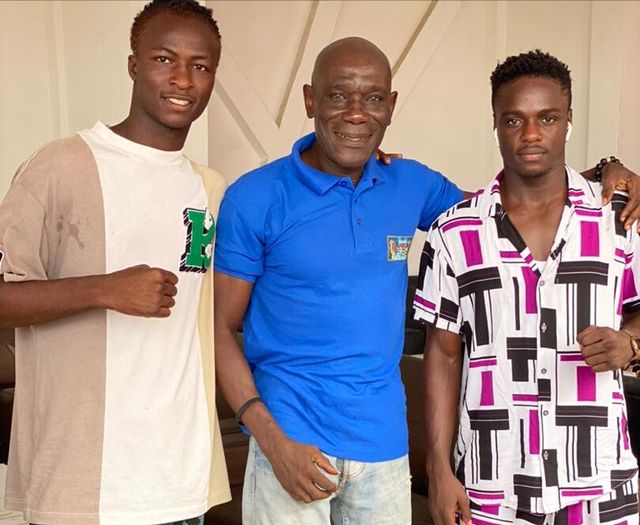 Joseph Commey and Abraham Mensah, the two amateur boxers who won Silver Medals for Ghana at the 2022 Commonwealth Games have urged the senior national football team, the Black Stars to be resilient and resolute as they prepare to play their third group stage game against Uruguay.

Abraham Mensah said they must have the concentration for the whole duration of the match and win for Africa.

Joseph Commey expressed that the Black Stars have their destiny at the World Cup in their own hands and they must not give the Uruguay players any chance to play or breathe.

“We have to revenge against Uruguay, and I believe the Black Stars will do exactly what every Ghanaian want them to do, let’s support them to win,” he said.

They congratulated Skipper Andre Ayew, Mohammed Kudus, and Mohammed Salisu who scored against South Korea as well as goalkeeper Lawrence Ati Zigi and the entire team including the Technical Staff for the vintage performance.

Ghana lost the first group game 2-3 to Portugal, with top star Christian Ronaldo in the match.

The two boxers took the opportunity of meeting Yours Truly to appeal to the Sports Writers Association of Ghana (SWAG) to recognize them at the next Awards ceremony.

They also assured their fans and Ghanaians that they are training very hard to represent Ghana at the 2024 Olympic Games in Paris, France.

Both said they will turn professional after realizing their Olympic dreams.

ALSO READ  Osward Mulenga Chanda appointed Director of the AfDB's Water and Sanitation Development Department
AMA GHANA is not responsible for the reportage or opinions of contributors published on the website.