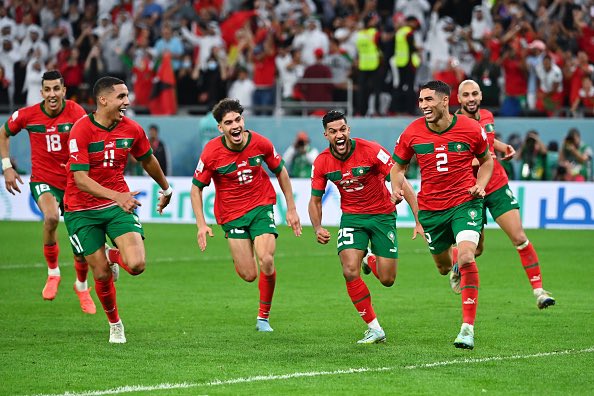 Morocco have become the first African nation to qualify for the last four of the FIFA World Cup. Walid Regragui’s team made an impression despite a defeat like the defending champions, France, on the penultimate step.

Below are some facts about Morocco at the World Cup:

Morocco became the first African team to qualify for the semi-final of a World Cup tournament – each of the previous three African sides to reach a quarter-final were all eliminated at this stage (Cameroon in 1990, Senegal in 2002, and Ghana in 2010).

Morocco have kept four clean sheets at World Cup 2022, one more than they’d recorded in their first 16 games in the competition between 1970 and 2018 (3). In fact, their total of seven clean sheets is the joint-most by an African nation in World Cup history (level with Nigeria).

Youssef En-Nesyri has now scored more World Cup goals than any other Morocco player in their history in the competition (3).

Most goals for Morocco

Zakaria Aboukhlal’s goal scored at 91:51 against Belgium was Morocco’s latest ever World Cup goal and their first scored in second half stoppage time.

Yassine Bounou, who made his 50th appearance for Morocco against Portugal, became the first African goalkeeper to record three clean sheets in a single edition of the World Cup.

When Morocco faced Spain in the last 16, Yassine Bounou also became the first African goalkeeper to save a penalty in a World Cup shootout (saved two).

Morocco have won three games at World Cup 2022 – no African side has ever won more games at a single edition of the World Cup.

Most wins by an African nation

Walid Regragui reached the World Cup semi-finals after only eight games in charge of Morocco, the lowest total of games before reaching this stage since Otto Gloria with Portugal in 1966 (5th game). He is also the first African coach to reach the semi-finals of the competition.

ALSO READ  Mayorkun debuts in 2021 with hotly-anticipated new single ‘LET ME KNOW’
AMA GHANA is not responsible for the reportage or opinions of contributors published on the website.