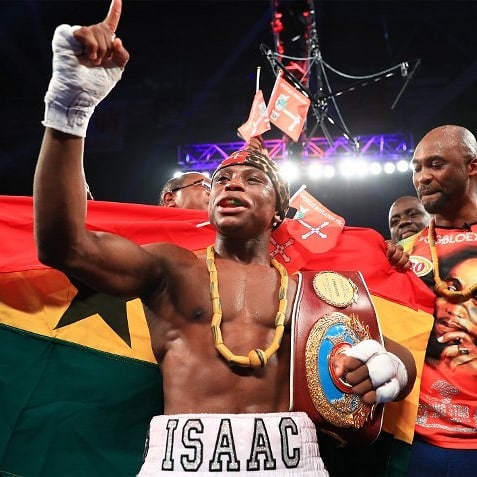 Nine Ghanaian boxers were ranked by the Commonwealth Boxing Council in its December 2022 rankings.

A Commonwealth Boxing Council Champion is required to defend within the time period set against any of the listed contenders in his weight division except in the case where a particular mandatory challenger has been specified, either of such defences to be considered a mandatory defence.

Should a Champion wish to defend against a challenger not listed then an application must be made to the Hon Secretary of the CBC by him, his manager or a promoter on their behalf.

Permission will be granted subject to approval by the CBC of the challenger and such defence will be considered a voluntary defence. The winner will be obliged to make a mandatory defence within the time period specified if this has not already taken place.

Promoters must send copies of contracts to the Hon Secretary together with the appropriate Sanction Fee otherwise the contest may not receive a formal sanction.

Commissions, federations and other boxing regulatory/sanctioning authorities receiving this notice are requested to advise all interested parties within their jurisdictions and the local press.

It follows that a Commonwealth Champion cannot lose his Championship as a result of losing a ‘World’ Championship contest when the opponent would otherwise qualify as an eligible contender.