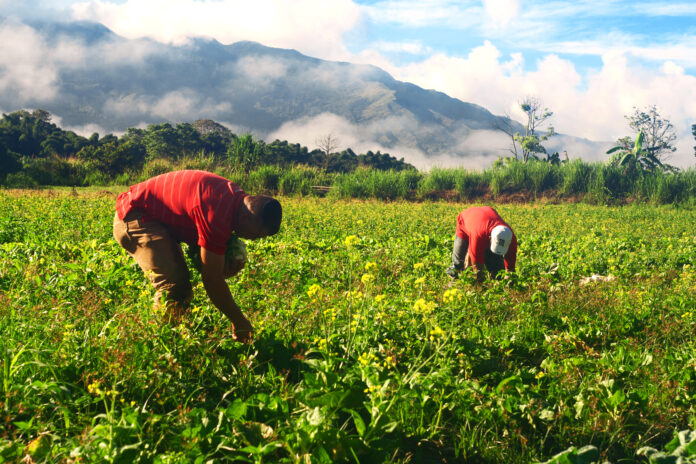 ABIDJAN, Ivory Coast, January 18, 2023/ — African heads of state and government together with development partners will gather in Senegal to strategically map plans to unlock Africa’s food-producing potential and position the continent to become a breadbasket to the world.

President Macky Sall of Senegal, and Chairperson of the African Union, will host the three-day Dakar II Food summit from 25 January, with the African Development Bank Group as co-host.

The agenda of the Summit whose theme is, Feed Africa: Food Sovereignty and Resilience, is the improvement of Africa’s food nutrition and security; leveraging the continent’s huge agricultural resources; boosting international trade, expanding market share, and production and processing value addition.

The continent is home to a third of the world’s 850 million people living with hunger.

The summit is at the heart of the Bank Group’s Feed Africa Strategy, one of the institution’s High 5 priority areas to support African countries to significantly increase agricultural growth.

The summit is a follow-up to the 2015 inaugural edition, during which the Feed Africa Strategy for Agricultural Transformation (2016-2025) in Africa, was proposed.

During the summit, heads of state and government will convene sessions to develop transformational country-specific food and agriculture delivery compacts. Development partners and the private sector will also play significant roles during sessions and the overall summit. African countries are also expected to make measurable political commitments to implement policies designed to eliminate extreme poverty, hunger and malnutrition in Africa.

Dr. Beth Dunford, Vice President for Agriculture at the African Development Bank, said: “The country compacts will provide targeted roadmaps toward self-sufficiency, and provide interventions that will make Africa’s agriculture sector more business-oriented and commercially viable.” Dunford added: “The Summit will be the one-stop-shop for African countries pursuing more and better investments that are public sector enabled, and private sector-led.”

The summit will take place at the Abdou Diouf International Conference Center in Diamniadio, 26 kilometers from Senegal’s capital city Dakar.

According to Dr Martin Fregene, Director for Agriculture and Agro-Industry at the African Development Bank, TAAT will produce 100 million metric tonnes of additional food to feed 200 million people.

He said: “We know what works in Africa. Taking agricultural technology programs like TAAT to scale does more than boost agricultural outputs. It increases wealth, creates jobs and opens our markets up to regional and international trade. It is critical to support these efforts. Africa stands to gain – the world stands to gain – from such a concerted effort.”

According to Adesina, “This is the time to invest in Africa’s future. The continent has more than 60% of the world’s remaining arable land, and millions of Africans are productive in the agriculture sector.

With the removal of barriers to agricultural development aided by new investments, it is estimated that Africa’s agricultural output could increase from $280 billion per year to $1 trillion by 2030.”

The International Fund for Agricultural Development, the Islamic Development Bank, the Food and Agriculture Organization of the United Nations, the Bill & Melinda Gates Foundation, the Alliance for a Green Revolution in Africa, and several bilateral partners are among international supporters of the summit.

To learn more about the Africa Food Summit: https://bit.ly/3knn5zx