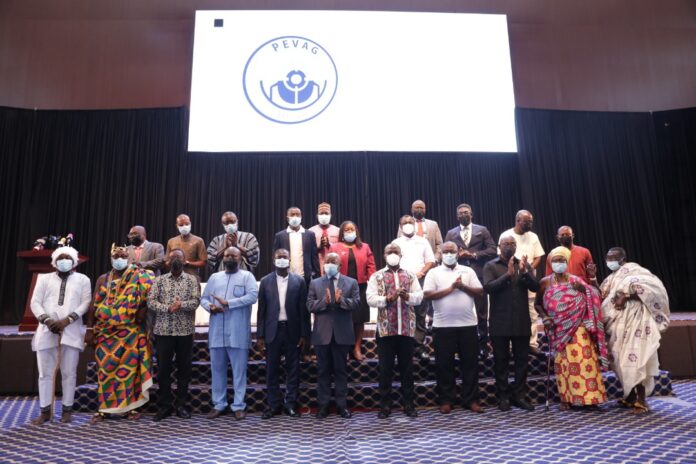 Practitioners in the pest and vector control business have launched their Association to regulate their activities.

The Association termed “Pest and Vector Control Association of Ghana (PEVAG)” which was formed in March 2020 and currently has over 150 member companies nationwide aims to bring together the various industry players, ensure standardization, help improve their operations through capacity building, and solidify the efforts of state agencies to combat the increasing spate of pest and vector infestation in our cities.

Over the years, there has been an overwhelming increase in pests and vectors in our major towns and cities due to urbanization and globalization which sometimes leads to overcrowding.

This has contributed significantly to the spread of preventable diseases and deaths.

Against this background, the PEVAG was officially unveiled on Tuesday June 15, 2021 in Accra by the Jospong Group of Companies/ Zoomlion to deal with the challenges associated with pests and vector control in the country.

Speaking at the ceremony the Mayor of Accra Nii Adjei Sowah emphasized that “today is a very important day for those of us who manage many markets and big towns in the country where often time we have had to fumigate the markets”.

According to him, the Association would go a long way to help regulate the services of pest and Vector control officers in the country.

“Pest and vector control is good but as we don’t Know the chemical used in their work there is the need for standardization and regularizations of their services”, the Mayor stressed

He indicated that he was at the forefront with Zoomlion during the disinfection exercise adding that he is optimistic about the formation of the Association and the benefits that will be derived from it.

Nii Adjei Tawiah therefore expressed his commitment to support the work of the PEVAG in order for them to achieve their goal.

On his part the Executive Chairman of Jospong Group of Companies/ Zoomlion Dr. Joseph Siaw Agyepong explained that the Association’s ultimate goal is to protect the interest of Ghanaians.

He said the Association will enable members to be equipped with all the pest and Vector control rudiments as they go about their activities .

He said all members will be trained and certified as well as linked to institutions for businesses.

Dr. Agyepong later commended President Akufo Addo for having faith in the private sector adding that the Covid-19 is subsiding due to the effort of government in getting the local companies to disinfect.

“The covid situation has immensely improved. This achievement is due to the remarkable effort by government by using the local companies. I want to commend the President for this”, Dr. Agyepong stressed.

He also commended the Health Minister for his efforts at combatting the covid-19 pandemic.

The Minister for Health Hon. Kwaku Agyeman Manu on his part called on all Metropolitan, Municipal and District Assemblies (MMDAs) to prioritize the pest and vector control management in their respective Assemblies.

He said the current happenings in the global arena warrants the prioritization of pests and Vector control before it gets out of hand.

The Health Minister emphasized however that there was the need to regulate the work of the Association in order to get a desired results.

He indicated that the formation of PEVAG is in furtherance with government’s commitment to curb the increase of the pest and pathogens in the country.

He later expressed optimism about the capacity building of the members which he said will help in streamlining their activities.

Mr. Agyemang Manu therefore commended the Association for its objective adding that “the Ministry is ready to work with all stakeholders to create an enabling environment to increase public private partnerships”.

The launch was graced by the Ministry of Local government and Rural Development and Environmental Protection Agency (EPA) represented by Mr. Frank Rajja and Mr. Ebenezer Appah Sampong respectively who all expressed their commitment to support PEVAG achieve their utmost objective of fighting pest and vectors to protect the citizenry.