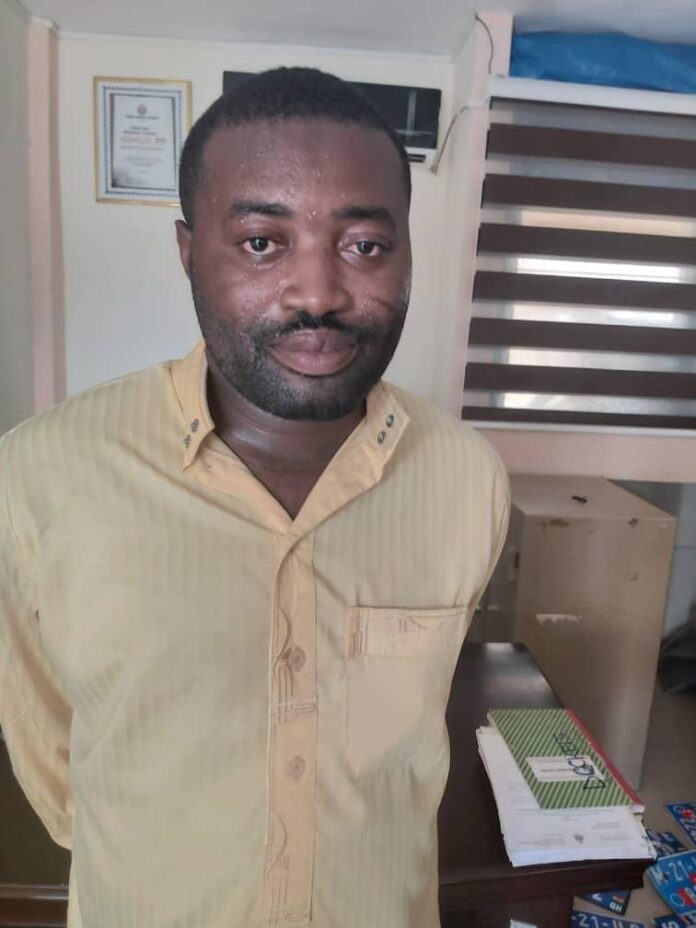 A 33-year-old resident of Bawku, Mumuni Bawa has been apprehended and arraigned before the Bolgatanga District Court for aiding a teenager to steal a motorbike.

The arrest was effected upon a tip-off when the teenager who is currently at large was about to deliver a robbed motorbike to the suspect.

Acting on the received information, a team of five plainclothed men led by G/Cpl. Michael Wodofia were dispatched to Bawku on-board both S/V No.VR 4769 -12 driven by the same team leader and a motorbike.

The team arrested suspect Mumuni Bawa when he was taking delivery of the motorbike. The said suspect, however, managed and escaped arrest.

Suspect Bawa was escorted to his place of abode at Gingande a suburb of Bawku where a search was conducted in his presence.

The Suspect was escorted to the Upper East Regional Police Command for interrogation.

He admitted buying robbed motorbikes from one Solo in Bolga who has boys who go out to rob the motors and bring them to him.

The Regional Police PRO, ASP David-Fianko Okyere who confirmed the case to GBC in Bolgatanga said the suspect also confessed that upon receipt of such motorbikes, he normally takes the registration number off and rides them to Dapango in neighbouring Togo to sell same.

The suspect also stated that his own motorbike he is using was a stolen one sold to him by two persons-Lawrence and Obolo. Investigations are underway to get the other suspects/accomplices forming part of the cartel arrested for actions.

Meanwhile, the exhibit motorbike due to be received is retained together with the other exhibits for investigations.