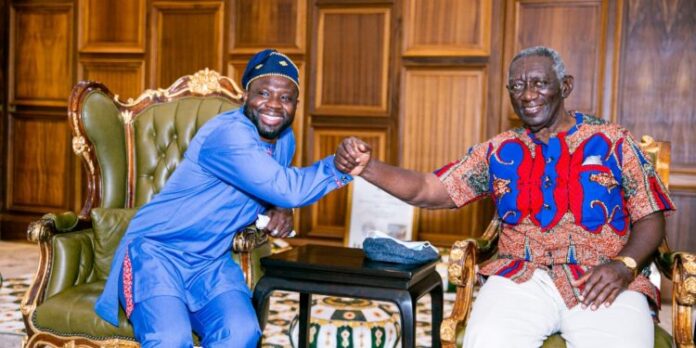 Prince Kamal Gumah noted that the ruling government is well aware of the country’s electoral trends since it returned to multiparty democracy in 1992.

“We will break the eight-year cycle. You see, eight years forward, eight years back, it won’t help this country and that’s why I said. Those who have studied Development economics anywhere in the world see anywhere in the world that country that has developed went through this,” Prince Kamal Gumah  exclusively told Reynold Agyemang on ‘Pae Mu Ka’ on Accra-based Kingdom FM 107.7

“It’s a well-known fact that since 1992, the Ghanaian electorate changes the political party that has governed the nation for eight years, no matter the performance of that particular party,” he added

Prince Kamal Gumah said the policies and programmes earmarked for implementation in the next four years would help rejuvenate the economy, create jobs and turn the electoral fortunes in favour of the NPP in the 2024 polls.

According to him, the ruling government has created a lot of developmental projects and programs that have propelled the country but the progress been made always sees denial when the party leaves power.

ALSO READ  2022 Budget Approval: Minority proposes 5 conditions
AMA GHANA is not responsible for the reportage or opinions of contributors published on the website.