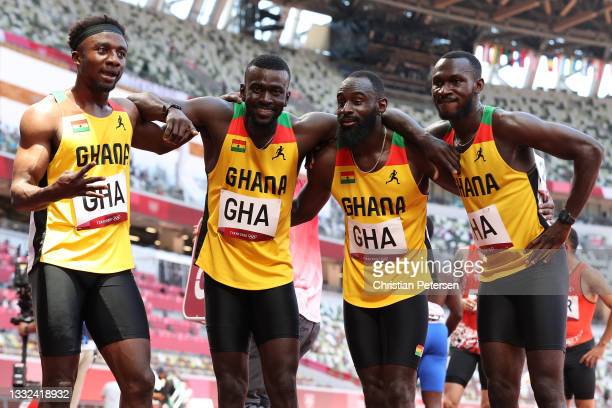 Twitter is what’s happening and what people are talking about right now. Here is a rundown of some key highlights on #TwitterGhana this week.

The GhanaFootballAssociation announced via a ReTweet that the final game of the MTNFACupGH is scheduled to take place on Sunday, 8th August, 2021 at the Accra Sports Stadium. The knockout tournament which is Ghana’s oldest football competition will put two of the nation’s finest teams against each other.

The match is between Ashanti Gold and Heart of Oaks. Football supporters all over the country are getting excited about who is going to win and take the trophy home. Twitter is the roar of the stadium so get behind your team and tell us who you are supporting? Join the fun conversation here.

NAkufoAddo, President of Ghana in a Tweet has congratulated Samuel Takyii saying ‘Big congratulations to Samuel Takyi from all of us at home, for hoisting high the flag of Ghana at the Tokyo Olympics, and for winning a bronze medal, Ghana’s first Olympic medal in 29 years. Well done.’ 🥉🥉🥉

Stonebwoy to participate in Afro Carnival

ALSO READ  Hilarious or disgusting, sad or confused, sassy or serving? Did you know that lots of emojis are actually misused?

stonebwoyb, Ghanaian Afropop, dancehall and reggae singer sent his fans into a frenzy when he announced in a Tweet that he will be participating in the upcoming Afrocarnival. You can find the original tweet from here.

BBNaija continues to trend for the week as four housemates got nominated by the two wild cards who had a nomination edge for not being discovered by their fellow mates.

These nominated housemates will know their fate during the live eviction this Sunday.  Follow the action and keep up to date on Twitter here.

Meghan’s 40th celebration has been on the trending list. The hashtag celebrated the landmark birthday of Meghan Markle, Duchess of Sussex.

She celebrated the day by launching a mentorship for women re-entering the workforce.

Ghana 4×100 relay team to compete in the final

In a tweet by3 SportsGh reminds all Ghanaians to wish 4x 100 relay team well as they compete in the finals at the 2020 Tokyo Olympics. They are the only African team who have made it. Find out more about the conversation here.