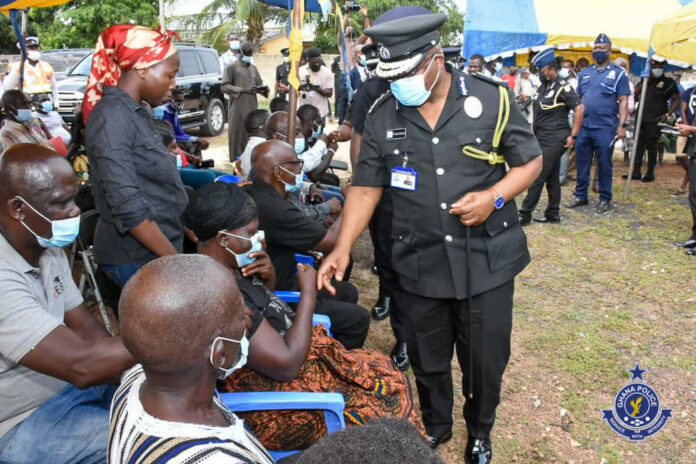 Some members of the Association of Bankers Ghana and the family of late constable Emmanuel Osei, on Friday, 6 August 2021, called on the outgoing Director-General in charge of Welfare, Commissioner of Police Maame Yaa Tiwaa Addo-Danquah, to express their appreciation to the police administration for the support to the family of the late Constable Emmanuel Osei at the national headquarters.

On behalf of the police administration, COP Maame Yaa Tiwaa Addo-Danquah thanked the association and the bereaved family for their cooperation.

The late Constable Emmanuel Osei was shot and killed by a group of armed robbers on 14th June 2021 at James Town, Accra, while escorting a bullion van.

Until his death, he was with the National Special Weapon and Tactical Team (SWAT) Unit.

He was promoted posthumously to the rank of a Lance Corporal.

ALSO READ  Angry Ejura Youth had plans to burn down police station--Minister reveals Intel
AMA GHANA is not responsible for the reportage or opinions of contributors published on the website.