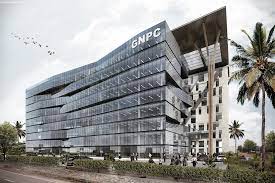 The Auditor-General has urged the government to punish the Management of the Ghana National Petroleum Corporation (GNPC) for breaching the public procurement law.

According to the latest audit report, the GNPC entered into some significant foreign contract contracts without the necessary parliamentary approval.

“Contrary to the above provisions, we noted from the sampled records reviewed that the Ghana National Petroleum Corporation (GNPC) signed and awarded five (5) international business contracts to five foreign suppliers or contractors using Single-Source method in four of those transactions and in one instance used the Restricted Tendering method without seeking for the necessary Parliamentary approvals. The five contracts totalled US$34,165,235.15, and £464,963.13.

“This practice has the tendency of not allowing the intentions of the promulgators of the law (1992 Constitution) inure to the benefit of the State. It also denies the Lawmakers the opportunity to make inputs towards such transactions. Thus, the absence of above could plunge GNPC into paying for higher contract sums and possible judgment debts,” the report said.

Despite attempts by the Management of GNPC to explain the breaches, the Auditor General maintained its audit recommendation should still stand.

“Management explained that the products involved in the transactions in question were all proprietary products that needed to be procured from the Original Equipment Manufacturer (OEM). Further, Management stated that it sought and obtained PPA’s approval for those transactions and that the items involved were captured in the approved annual budget of the corporation which was approved by Parliament, as well as its approved procurement plans for the respective periods.