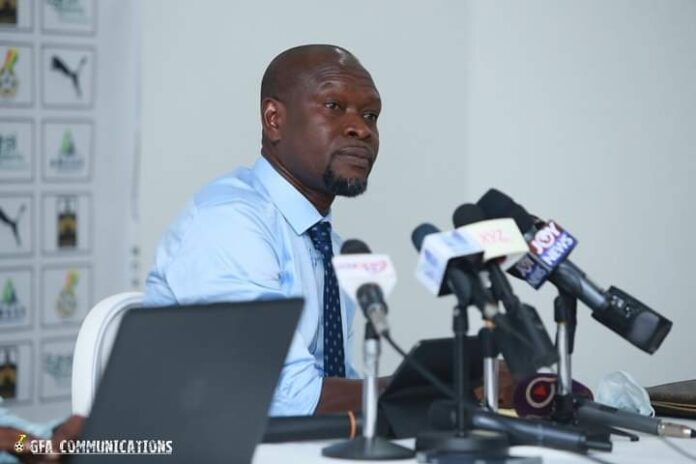 CK Akonnor has beleives he is not under pressure to steer the Black Stars to win the 2021 Africa Cup of Nations [Afcon] tournament in Cameroon.

The Black Stars have been drawn in Group C of the Afcon alongside Cameroon, Gabon and Comoros.

Speaking after the draw, Akonnor said he personally doesn’t feel any pressure to win the country’s 5th Afcon title.

“I think the draw is okay. I didn’t come here [to Cameroon] with expectations of which group I want to be in or not,” the former Asante Kotoko, Dreams FC and Ashgold gaffer told TV3.

“Nowadays football is evolving and so you cannot expect weaker things.

“We are preparing feverishly for the tournament and the world cup qualifiers and I’m sure we will be ready,” he said.

“I am not under any pressure [to win the tournament]. You guys [the media] give me pressure back home but for me, I don’t care.”

The Black Stars will open their campaign on January 10 against Morocco, a side that beat them 1-0 in an international friendly in June.

“I think we had a strong friendly with Morocco a few months ago and thank God they are in our group. It gives us an idea of the opponent. I am thankful to the Ghana FA for organizing the friendly,” Akonnor added.

Ghana will face Gabon four days after the Morocco game before concluding their group stage games with a contest against Comoros on January 18 in Douala.

ALSO READ  YAG, UNDP, hold SDG 16 National Youth SDGs dialogue
AMA GHANA is not responsible for the reportage or opinions of contributors published on the website.