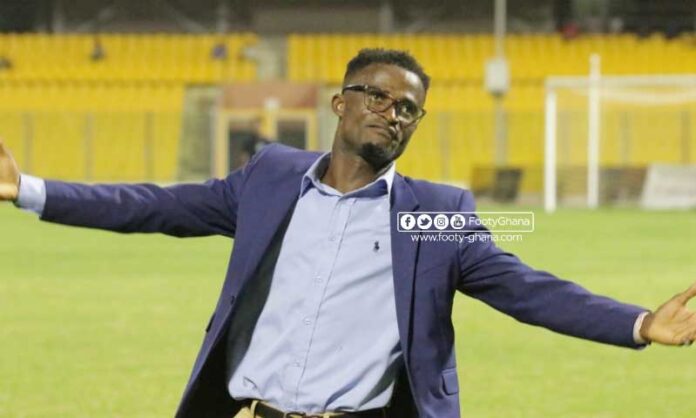 Ghana Premier League side, Medeama SC are on the verge of appointing young trainer, Ignatius Fosu as the new head coach.

The Yellow and Mauves are without a substantive head coach after parting ways with Yaw Preko and Yaw Acheampong when the 2020/21 Ghana football ended.

However, the Technical Director of the club, Seth Ablordey and Chief Executive Officer, James Essilfie met Ignatius Osei Fosu and his team at the club secretariat this morning.

He will be assisted by Anokye Frimpong.

It is believed that Ignatius Fosu has been deemed as a perfect coach for the vacant position as Medeama SC prepare to resume camping ahead of the 2020/21 football season.

Coach Ignatius Fosu is expected to complete the deal by the close of the week.

He steered Eleven Wonders to maintain their Premier League status in the just-ended football season after finishing at the 12th position.

The Techiman based club managed 11 wins, 9 draws and 14 defeats in 34 matches as they avoided relegation with two games to spare.

Medeama finished 5th on the premiership standings and also reached the semi-finals of the FA Cup.

The Yellow and Mauves eye the championship title in the next season and are hopeful Osei-Fosu is the right man to lead the club the chalk the success.

ALSO READ  Atiwa East District's Agric Department conducts its 2020 performance review
AMA GHANA is not responsible for the reportage or opinions of contributors published on the website.