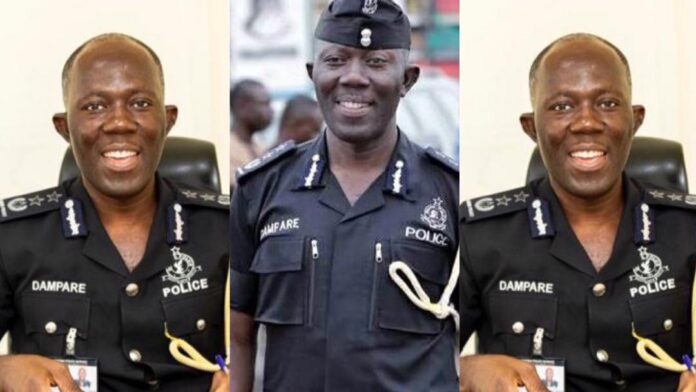 Convenors of the fix the country movement have called on the new Inspector General of Police to prosecute those culpable for Kaaka’s death.

Speaking at a conference Monday, August 23,  Oliver Bucker Vormawor who is spearheading the convenors said: “We haven’t heard anything about the reports from the committee, we need to invigilate the process.

“When people lose their lives in the fight for justice, their cases are never solved. We will make Kaaka’s case an exemption”.

Three persons were arrested in connection with the murder of social activist, Ibrahim Muhammed alias Kaaka at Ejura in the Ashanti Region.

Two of the suspects– Issaka Ibrahim and Fuseni Alhassan– were arrested on Monday, June 28, 2021, while the third suspect, brother of the deceased, Iddris (Iddi) Mohammed was also arrested on Wednesday, June 30, 2021.

Ibrahim Muhammed, died on Monday, June 28, 2021, after he was attacked by unknown assailants when he was returning home on his motorbike on Sunday at Ejura in the Sekyedumase District of the region.

It is alleged that he was attacked and killed because of his social activism, which some felt was making the government unpopular.

This is because the 45-year-old was noted to be vocal on both local and national issues using his Facebook page.

His family said he had faced threats over his activism prior to the attack.

Following his burial, some residents of Ejura began a street protest but were confronted by armed police and military personnel, leading to the death of two persons who were said to have been shot by some soldiers.

The police claim the protestors had become rowdy and were pelting the security personnel with stones.

A three member-committee was subsequently constituted to organise a public inquiry into the deaths and report to the Presidency within ten days.