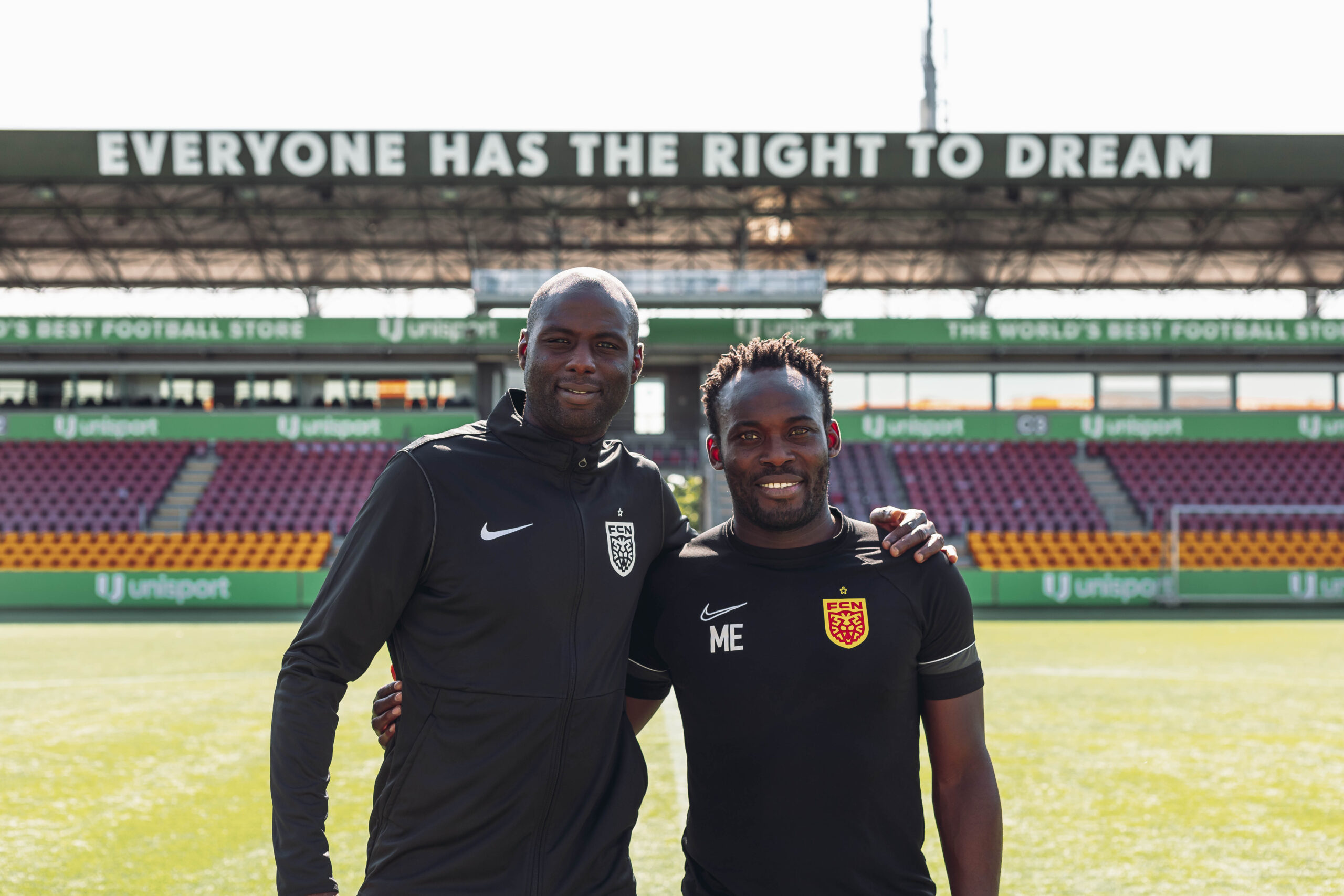 Right To Dream, the organisation founded in Ghana who provides young people across the world with life-changing opportunities through sport and education, have today announced that former Champions League-winning footballer and coach Djimi Traoré will join the innovative organisation as Head Coach of International Academy, a programme that brings together the top-performing student-athletes from across all Right to Dream academies (Ghana, Denmark, and soon to be Egypt) to receive additional coaching, development and participate within international tournaments.

Traoré joined Seattle Sounders FC in the MLS coaching staff ahead of their 2016 season after playing with the team in 2013 and 2014, followed by a stint as a mentor for the Sounders’ USL affiliate in 2015. Traoré’s pro career included 88 appearances for Liverpool between 1999 and 2006, winning the Champions League with Rafael Benitez, followed by stints at Lens, Charlton Athletic, Portsmouth, Monaco and Marseille.

Traore appeared in 50 matches for the Sounders across all competitions, including 42 league matches, and was in the 2014 team that won both the Supporters’ Shield and US Open Cup.

Traoré, the second champions league winner to join Right to Dream (following Michael Essien’s arrival in 2020) joins with a passion to support future African and European role models through football, education and character development, and his appointment is the latest in a string of recent exciting hires that will see Right To Dream continue on an upward trajectory across 2021 and beyond.

Having himself moved to Liverpool from France aged just 19, Traoré has learned from some of the best players and coaches in the game and is dedicated to passing on his rich experience of world football to the next generation. Through his new role as Head Coach of International Academy, he will play a hands-on role in the development of young footballers across the Right To Dream network and will oversee the renowned International Academy team which has produced players such as Mikkel Damsgaard (Denmark and Sampdoria), Mohamed Kudus (Ghana and Ajax), Mathias Jensen (Denmark and Brentford), Kamaldeen Sulemana (Ghana and Rennes) and many more.

“This opportunity is one I could not pass up; it will allow me to further develop my professional skillset in new and exciting ways. I’m excited to bring the knowledge and experience I have learned across my playing and coaching career into this new role,” said Traoré. “Right To Dream is growing from strength to strength, so it is an exciting time for me to take this next step in my career with such an incredible organisation.”

“I am a firm believer in Right To Dream’s values and the proof is there for everyone to see in terms of the amazing results the network is producing for young people around the world. I am proud to play a role in supporting the next generation of talented young leaders and role models  as they embark on their respective journeys through sport, education and purpose.”

On a mission to transform the future of football through their quickly-growing ecosystem of academies, professional football clubs and educational institutions across the globe, Right To Dream have been providing opportunities for the next generation for over 20 years. With successful academies in Ghana and Denmark, and with an Egypt academy set to open in early 2022, Right To Dream have a proven record of producing top-class footballers and well-rounded individuals with the Right To Dream values of purpose and character deeply ingrained in their development.

Tom Vernon, the founder of Right To Dream, said: “We have been able to bring some fantastic people into our organisation recently and we are very excited to welcome Djimi into the Right To Dream family. His experience as a player and a coach is valuable and inspiring, and his character epitomises everything that Right To Dream is all about. He will be an exemplary role model to the young student-athletes in our International Academy, as well providing them with the technical football development to support their progression in the game.”

ALSO READ  E-Levy will not help much, but taxing religious organizations will help much

For more information about Right To Dream and the ways in which it approaches developing elite athletes who are socially-focused, purpose-driven leaders, visit www.righttodream.com.