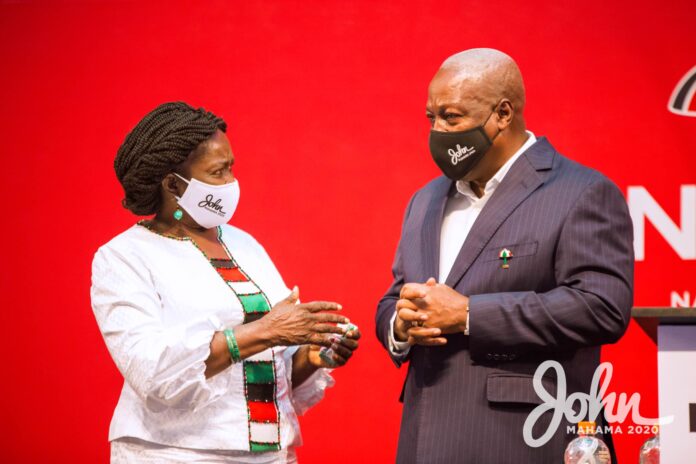 A Presidential Staffer, Charles Bissue, is demanding the state arrest and prosecution of former President John Dramani Mahama over his ‘Do or Die’ comment.

According to him, John Mahama made this declaration in respect of what the National Democratic Congress (NDC) perceives of the 2024 elections.

Mr. Bissue argues that the statement made by the former President incites violence, and should there be any legal basis for him to be arrested and prosecuted, the state shouldn’t hesitate.

Speaking on Adom FM’s Dwaso Nsem show, Mr. Bissue remarked that John Mahama’s comment is dishonorable to his office as a former head of state owing to the fact that he has a better understanding of the repercussions of his statement on national security.

He explained that inciting political tensions at such a critical time when neighbouring countries such as Guinea have just been hit with a coup, must be considered a major threat.

He continued that it is negligent of John Mahama to have chanted those words, especially on the back of a history of political violence Ghana had experienced.

Mr. Bissue emphasized that the excuse by Mr. Mahama that the NDC and himself cannot trust the Electoral Commission but resort to a rather hostile ‘Do or Die’ affair at the polling stations is indicative of the party’s [NDC] intention to disrupt public order and electoral process come 2024.

“Mahama should be invited and questioned over these comments. He knows much better. He shouldn’t have conducted himself in that manner. You are preparing the minds of people for violence. Anyone who is contemplating violence will take action.”

“We need to be mindful of our utterances. We’ve just witnessed what’s happened in Guinea. As one who touts himself to be a communications expert…but I think he’s been negligent in what he said. For the fact that he’s been a Head of state, and what the country has experienced in terms of civil unrest and coups, he should have been very mindful of his statement.”

“But I am not surprised about his actions,” Mr. Bissue added, as he explained the NDC’s preoccupation with wining political power is by creating fear and panic, as they stain the credibility of state institutions with propaganda.

He argued that the desperation of the NDC to win the 2024 election had caused them to dissuade the Ghanaian voter that the NPP is undeserving of another term after President Akufo-Addo’s administration.

“They wish to prepare the minds of Ghanaians that it’s a convention that there must be a political change in governance every 8 years irrespective of your performance. This will never work because the Ghanaian voters are discerning,” Charles Bissue reiterated.