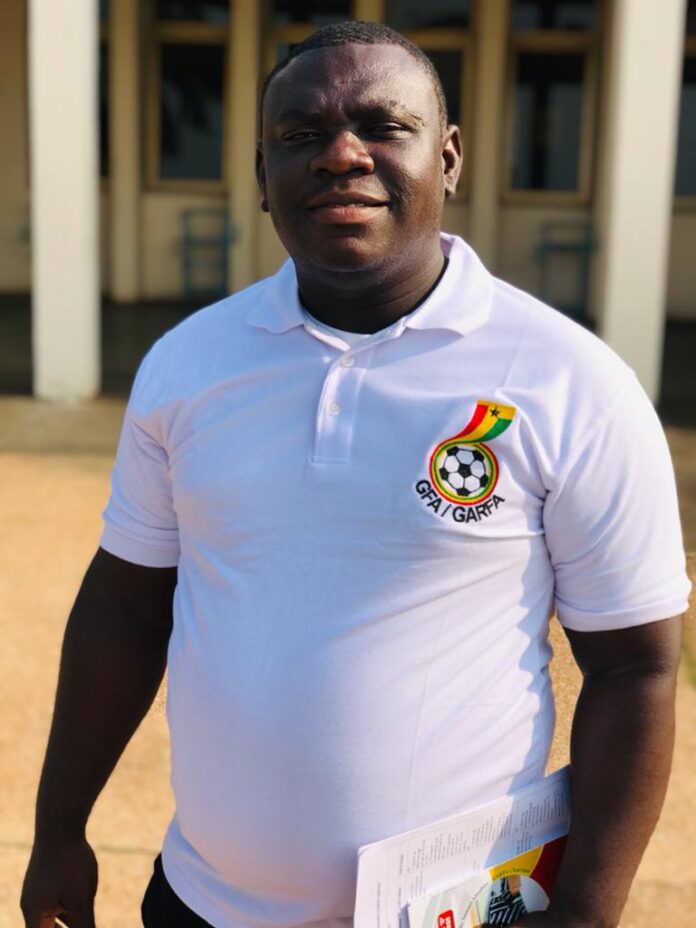 The course which was organized by the Ghana Football Association was in line with CAF /FIFA regulations to equip football officials with the right tools for football management.

The license D course which came off at the Ghanaman Soccer Center of Excellence in Prampram saw over 100 interested coaches.

The course was held in batches.

According to Nana Kofi Brobbey, his passion for the game led to his pursuit of the course.

He hinted that the course has been very vital and educative.

“We know that most of the big players have problems with ball controlling and possessions but because when you start from the grassroots level you are able to teach the young ones so when they get to the top it won’t be a huge task for them,” he said.

“Again we learnt a lot, coach and a player relationship, we also learnt about how to manage your temperament during matches,” he added.

Nana Kofi Brobbey, who once played for a juvenile side Asylum Down FC, disclosed that his aim is to reach the highest podium as a coach.

The GFA has also scheduled September 12-16 for the license A, B, and C courses.

ALSO READ  Ghana Badminton Association open registration for 2022 All Ghana Open National Championships
AMA GHANA is not responsible for the reportage or opinions of contributors published on the website.