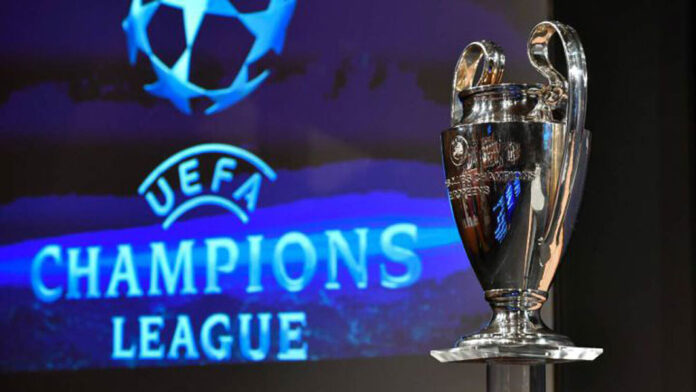 The 2021-22 UCL group stage will get underway amid much fanfare and the return of fans in either full or limited capacity at most venues on the midweek of 14-15 September live on DStv.

Tuesday’s action opens with two early games, as Swiss side Young Boys play host to Manchester United (and the returning Cristiano Ronaldo!), while Sevilla and Salzburg clash in Spain.

SuperSport viewers in Ghana on DStv and GOtv can look forward to Matchday 1 action from the UEFA Champions League, with matches scheduled to run from Tuesday 14 to Wednesday 15 September 2021.

Yet the pick of Tuesday’s games is definitely the night clash of Barcelona and Bayern Munich in Group E, with the Catalan giants looking for revenge for the 8-2 defeat they suffered at the hands of the Bavarians when the teams last met in September 2020.

Bayern coach Julian Nagelsmann insists he is not worried by the challenge that awaits his team in the group phase: “The teams are all very nice. Barcelona is top, then Benfica and Dynamo Kiev. All three are very good teams and opponents. These are beautiful destinations, which is always important. Great stadiums. I really am looking forward to it.”

Tuesday also features reigning champions Chelsea beginning the defence of their title at home to Russia’s Zenit Saint Petersburg, as well as an intriguing clash between ‘The Yellow Submarine’ of Villarreal and ‘The Goddess’ of Atalanta.

Wednesday features some genuine heavyweight bouts, particularly the meeting of Liverpool and Milan at Anfield. The Reds and the Rossoneri have a combined 13 UCL titles between them and famously met in two finals in 2004-05 (won by Liverpool) and 2006-07 (won by Milan).

“We played, I don’t know how often, already against Porto, so they will be waiting for us. We have obviously a little bit of [an] open bill with Atletico, and AC Milan, a historical one obviously,” said Liverpool boss Jurgen Klopp. “So, I think our supporters should be looking forward to it we do, for sure!”

Another meeting of the behemoths sees Internazionale host Real Madrid at the San Siro, with the Italian champions hoping to get off to a fast start in Group D.

“The Champions League for us is a very prestigious competition,” said Inter legend and club vice president Javier Zanetti. “We will face Real Madrid and Shakhtar Donetsk again like last year, then there is Sheriff who play for the first time in the Champions League, and we will approach every match with great humility.”