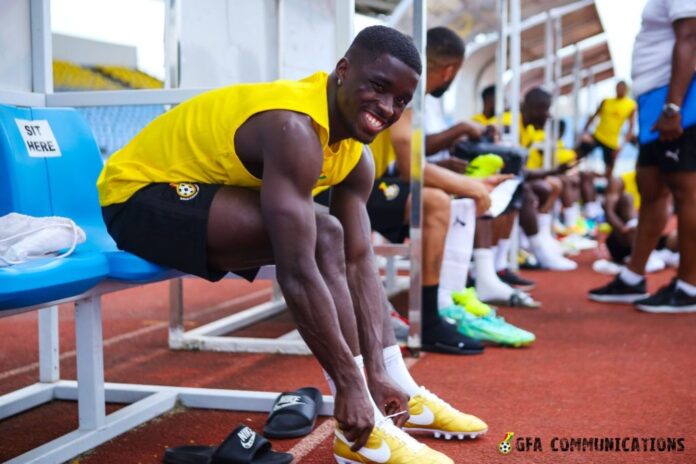 Darmstadt attacker, Braydon Manu says he did not merit a call up to the senior national team, the Black Stars for the 2022 Fifa World Cup qualifiers against Ethiopia and South Africa.

The 24-year-old together with St. Pauli attacker, Daniel Kofi Kyereh received late call-ups upon the recommendations of GFA Technical Director, Bernhard Lippert according to the statement released by the Ghana Football Association [GFA].

Manu was an unused substitute in both games as Black Stars beat Ethiopia and lost to South Africa at the FNB Stadium in Johannesburg in their second Group G game on Monday.

After rejoining Darmstadt in the Bundesliga II where he is spending the 2021/22 season on loan from third-tier club Hallescher FC, the former St Pauli youth team player has admitted in an interview that he didn’t merit his Black Stars call-up.

“I was surprised because at first, I thought it was fake. I didn’t believe it. First of all, I had a call from the technical director,” the Darmstadt forward told Adom FM.

“I was happy but still I was like how? Because to be honest I had not played that much to say that they should call me because I’ve proved.

He added, “I score goals. I assist. But, that I thought to myself maybe they see something in me that other people have not seen. It was after that Charles Akonnor, the coach, called me,” he added.

Manu has clocked just 78 minutes out of the available 540 Bundesliga II and Pokal Cup minutes combined.

ALSO READ  Euro 2020 on StarTimes: Belgium face tricky opponent in Italy; England take on Ukraine
AMA GHANA is not responsible for the reportage or opinions of contributors published on the website.