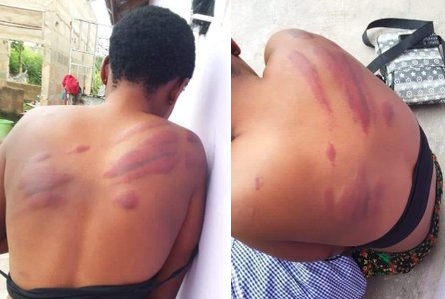 The Ghana Education Service, GES, has suspended indefinitely, the Headmaster of the Jachie-Pramso Senior High School, in the Bosomtwe District of the Ashanti Region, Francis Donkor.

The suspension is to allow for investigations into his alleged flogging of a 19-year-old female Arts student.

A video on social media depicts a student badly beaten with lacerations at her back.

A formal letter, according to him, had been written to Mr. Donkor to hand over to the Regional Directorate of Education pending an inquiry into his alleged conduct.

Mr. Agyemang-Duah said reports indicate that the 19-year-old female student was subjected to that inhuman treatment after she purportedly gave her jacket to a colleague male student who was being punished by the Headmaster for attending class without the approved school uniform.

The headmaster is reported to have asked the boy to remove his shirt and go half-naked to the dormitory and wear a uniform, however, Mary in solidarity with the student gave him a jacket to cover his body, which infuriated the Headmaster.

ALSO READ  Akufo-Addo launches ‘Clean Your Frontage Campaign’ to involve citizenry in making Accra the cleanest city in Africa
AMA GHANA is not responsible for the reportage or opinions of contributors published on the website.