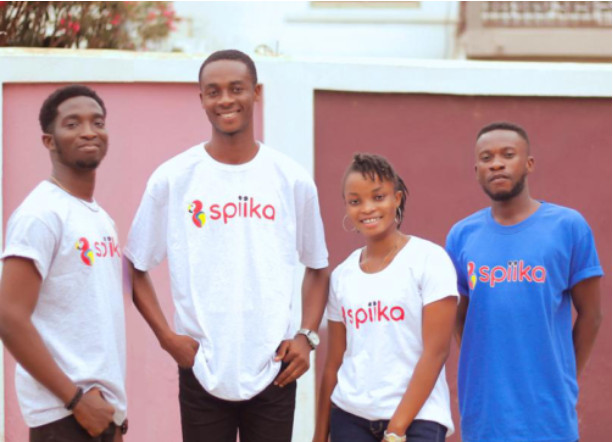 The sea does not speak French…or maybe it does. The waters that cover the southern borders of Ghana, the Gulf of Guinea, is the only reason Ghana is not surrounded by French-speaking countries on all four cardinals.

It might be a stretch but I do not think it is a mere coincidence the sea at the southern border is called the Gulf of Guinea; Guinea being a French-speaking country. Every direction you look as a Ghanaian, you are either met with “oui,” “ça va?” or “quoi” on our borders.

If any of these words made no sense to you, you are part of this dangerous category of nationals called the “average Ghanaian.”

The average Ghanaian does not want anything to do with French as a language; after all, “it does not put money in my pocket” – a gross misconception birthed by a fatal logic. The dark background of this hatred for French stems not only from how French teachers are notorious for brutalizing students for their lack or slowness in comprehension of the subject, but also how poorly structured the curriculum is.

Not many people have fond memories of their French teachers.  From basic school through to senior high school, the lack of practicality of the French course is palpable. It is almost as if it was designed to numb the interest of people in the language at a young age.

Ask any Ghanaian school-going child to name their least favourite subjects, and French will dominate the answers like they did the world in the era of Napoleon. Of course there are also the usual suspects like Science and Maths but at least those two subjects have many admirers.

https://7233eb739d7d4e64c9897af40e8923ea.safeframe.googlesyndication.com/safeframe/1-0-38/html/container.html French, however, is loathed by all. Why is it that the subject so useful even outside the classroom is so chaffed by everyone forced to study it. If we realise the need for every Ghanaian to speak basic French then why do we do such a horrible job at teaching it?

In an era where we have a revolutionary initiative like the African Continental Free Trade Area – headquartered in Ghana which essentially means that Africans and African organisations can freely move, live and work anywhere within the region, the ability to speak French is no longer a luxury or a course to be tolerated in JHS – far from that, it has become a competitive tool for career advancement and soon enough, survival.

We cannot afford to let our children go through only the mindless repetition of French conjugation rules, reciting obsolete poems and writing a less than inspiring exam. It is far too limiting for the fully integrated world they would be living in – that we are already living in. Scoring A1 in French exams means nothing if we cannot actually communicate.

If you have ever visited any of our neighbouring Francophone countries you would quickly realise that the average person is able to communicate in basic English; reverse the roles for an average Ghanaian and chaos would break out.

Having understood the absolute need for French and observing how horribly we teach it, the idea for a different approach to French education began to form. SPiiKA was what the young visionary female founder chose to name her organisation and the belief was simple, make French fun and practical for the average Ghanaian. SPiiKA began to teach learners to speak French in September 2019, venturing into online education before it became mainstream some 7 months down the line. The startup boasts of having taught at least 140 Ghanaians to actually speak the language.

To prove this, we tested out a couple of their students and we must say they are doing pretty well, much better than the average Ghanaian.

The fun-filled and innovative way SPiiKA has structured their lessons has made learning French less of a chore and more of a hobby.

It is initiatives like these that give hope that the promise of AfCFTA will not just remain a theoretically brilliant idea but one Ghanaians actually take advantage to better our national and personal fortunes.

SPiiKA has delicately crafted learning modules for kids using kid-friendly videos and tools to amplify their interest and set them on a path to loving the language and grow to become business leaders with command on the English language.

Since learning multiple languages increases the overall cognitive function of a person, SPiiKA offers the opportunity to properly nurture the brilliance in children.

The visionary behind this trailblazing institution has created a friendly environment that tolerates errors from beginners who are learning the language; this creates more room for corrections and confidence when speaking the language.

We should, no, we MUST change how we teach French in our classroom but as we go through the often-torturous process of educational reform, an initiative like SPiiKA is all too needed. It has become necessary to recalibrate the minds of Ghanaians on the absolute importance of being able to communicate in French, being surrounded by French neighbors on our borders.

In a wider vein, the ECOWAS block has eight Francophone countries out of the 15 members and at this point, the smart play in this ever-evolving and competitive world is to learn to speak some French – for real this time. Let us see if this young startup, determined to bear the flag of this French revolution (no pun intended) can do it. It needs to get done.

ALSO READ  Schools can now reduce absenteeism and cut administrative work by 50% through the eKool School Management Software
AMA GHANA is not responsible for the reportage or opinions of contributors published on the website.

Christians Assess Ghana @65: The performance of the 3 Arms Of Government and the church in promoting good governance and the way forward