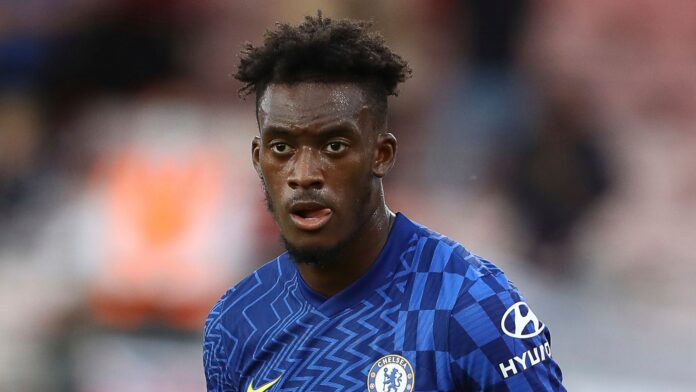 England manager Gareth Southgate believes he is set to lose Chelsea starlet Callum Hudson-Odoi to Ghana after his decision to reject an Under-21 call-up earlier this month.

The 20-year-old winger, whose lack of minutes at club level have seen him tumble down the pecking order on the international scene, snubbed the chance to link up with Lee Carsley’s Under-21 side this summer to ‘focus on his development at Chelsea’.

Despite that sentiment, the Daily Mail claim Southgate is not convinced and feels as though Hudson-Odoi has grown disillusioned with the English FA, who have put their faith in fellow youngsters like Jadon Sancho, Phil Foden and Bukayo Saka while sending him to play in the youth setup.

The belief is that Hudson-Odoi will take Ghana up on his offer to switch allegiances in time for the 2022 World Cup.

Hudson-Odoi remains eligible to represent the African side as FIFA rules state that players can still switch international sides if a player has made no more than three appearances for his country, all of those appearances came before the age of 21 and none of them were in a major international tournament.

His three caps came in European qualifiers against the Czech Republic, Montenegro and Kosovo, the last of which was all the way back in November 2019.

As per the rules, a player must also wait three years until after their last international call-up before representing another country, so Hudson-Odoi would have to wait until November 2022 before turning out for Ghana – the month in which the World Cup kicks off.

The chance to turn out at a major tournament is thought to be incredibly appealing to Hudson-Odoi, who is understood to be unconvinced about his prospects of making it into the Three Lions’ squad for the 2022 World Cup.

At club level, Hudson-Odoi has managed just two appearances so far this season for Chelsea and saw a deadline day loan switch to Borussia Dortmund rejected, with Thomas Tuchel adamant that he wanted to keep the youngster as a squad rotation piece.

“He fights against a lot of guys with a lot of quality,” Tuchel said of Hudson-Odoi’s lack of minutes (via The Guardian). “It is very hard for him. But we don’t have to feel sorry for him. Once the door is a little bit open we demand he puts his feet in between it.”