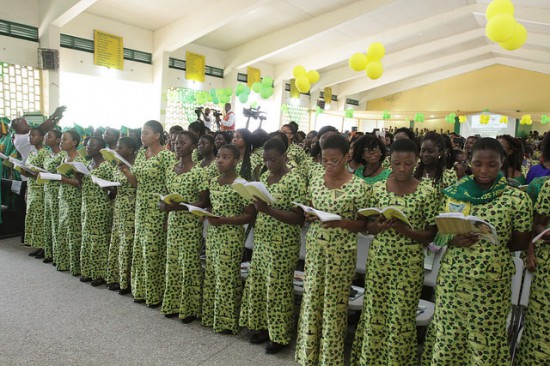 Parents of students of Aburi Girls’ Senior High School are least enthused about a decision taken by the Ghana Education Service (GES) to interdict the headmistress, Alice Prempeh-Fordjour.

The parents and guardians have, therefore, started agitations to get Mrs. Prempeh-Fordjour reinstated as they consider the decision rash and uninformed.

According to reports, the interdicted headmistress was charging illegal fees including teacher motivation fees from final year students.

But speaking to 3news.com in an interview, some parents claimed that the decision was solely taken by the Parent-Teacher Association (PTA) and the headmistress cannot be made a scapegoat for it.

The parents said a similar move was halted last year after some unidentified parents reported the matter to the GES.

As a result, the latest decision to have each final year student pay GH¢300 to motivate teachers for six months was taken by parents as their sole responsibility.

However, the matter was brought to the attention of GES, which interdicted the headmistress for further investigations.

“Can you imagine the psychological effect this will have on our children who are writing their WASSCE?” a parent fumed, adding that the headmistress can not be held responsible for a decision she did not take.

“We decided to pay that money because of the disruptions in the school’s timetable to enable the teachers to give extra attention to our wards,” another parent said.

Old girls of the school are said to be equally agitated about the decision, particularly as Mrs. Prempeh-Fordjour is said to have been very instrumental in the upcoming 75th-anniversary celebrations in November.

Efforts to reach GES as at the time of going to press proved futile.

Apiatse Disaster: About 950 homeless so far