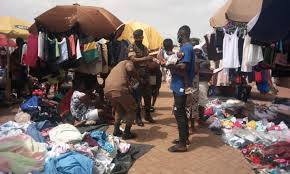 Kusi Boadum, who is the 1st to be confirmed in the Bono region, had 38 yes votes out of a total of 55 ballots cast. The new MCE said he would work with the Assembly members to better the lot of the people.

The confirmation vote was witnessed by the Bono Regional Minister, Justina Owusu Banahene, with officials of the Electoral Commission in Sunyani West, supervising the voting process.

Mr.Kusi Boadum who survived a fatal accident a few weeks ago secured confirmation from the 55-member Electoral College. The Assembly has 38 elected and 17 appointees as its Members.

At the end of the exercise, Mr. Kusi Boadum garnered 38 yes votes representing 69% of the total votes cast.

Mr. Kusi Boadum after taking the oath of office expressed gratitude to the Assembly and gave the assurance that he would partner the Assembly Members and other stakeholders to work towards the development of Sunyani West Municipality.

ALSO READ  NPP Germany hails Supreme Court's unanimous dismissal of 2020 Election Petition
AMA GHANA is not responsible for the reportage or opinions of contributors published on the website.