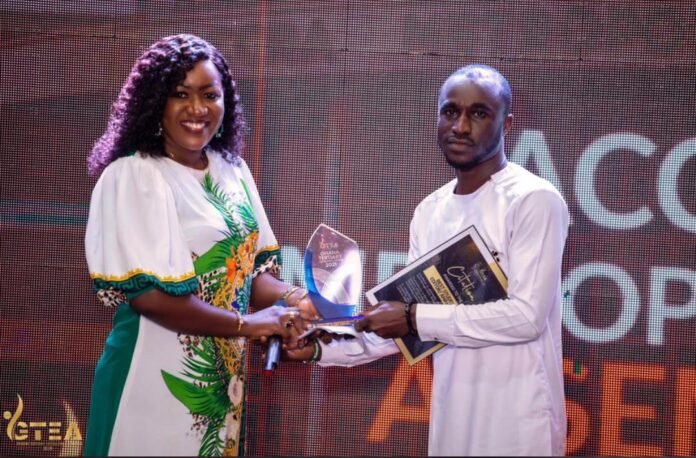 Two staff of the Ghana Broadcasting Corporation over the weekend picked prestigious awards at separate events held in Accra. They are Isaac Asare, Head of News at GBC URA Radio in Bolgatanga and Cletus Aduko Akosah, a Sports Presenter also with the same station.

Mr. Asare, who is a multiple award-winning journalist outshined three other contestants in the said category to emerge as the winner after weeks of voting.

He took home a citation, a certificate, a plaque, and a mobile phone.

Organized by Glint Africa, the award ceremony was to recognize and acknowledge some deserving tertiary students from various tertiary institutions with awards for distinguishing themselves in their academic and professional disciplines.

It was also to honour some deserving radio and television personalities and groups, who are serving as role models and inspiring tertiary students to make an impact in society.

The nominee with the highest votes was awarded a year full scholarship package, a laptop, and an amount of three thousand Ghana Cedis.

The event was spiced with spectacular performances from some musical artists and comedians including gospel icon, Rose Adjei and Comedian Waris among a host of other entertainers.

Popularly known in the sporting arena as Essien the Sports Master by most sports enthusiasts, Mr. Akosah few weeks ago bagged another prestigious award as the Upper East Sports Host of the Year at the 10th Foklex Media Awards held in April at the National Theatre.

At a brief meeting with the Director-General of GBC, Professor Amin Alhassan, and accompanied by Mr. Ebenezer Kwamina Onumah, Director of GBC URA Radio, the two awardees resolved to put their expertise to bear to uplift the name of GBC as a public service broadcaster.

They subscribed to the resolution of the transformation of GBC from bureaucracy to business and encouraged the staff of GBC to be dedicated to their core mandate and help actualize the ongoing transformation.