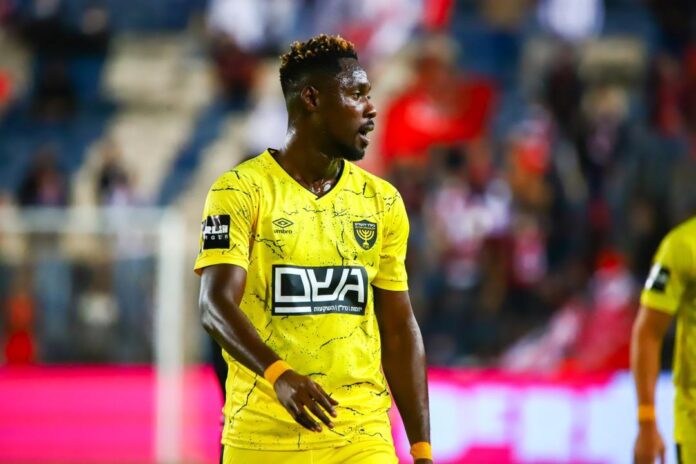 Ghana forward Richmond Boakye Yiadom was impressive in the game for Beitar Jerusalem in their 2-1 win over Hapoel Haifa on Sunday in the Israeli top-flight.

The 28-year-old continued with his impressive form for Beitar Jerusalem as he assisted in his team’s first goal of the game in the 29th minute scored by Yarden Shua.

Alon Turgeman got the equalizer for Hapoel Haifa before the half time Adi Tamir increased the lead for Beitar Jerusalem who were playing at home with the second goal of the game.

Boakye Yiadom lasted 88 minutes in the game before being substituted.

The former Red Star Belgrade star has made seven appearances this season scoring two goals and registered one assist in the ongoing campaign.

ALSO READ  I did not deserve Black Stars call up - Braydon Manu
AMA GHANA is not responsible for the reportage or opinions of contributors published on the website.