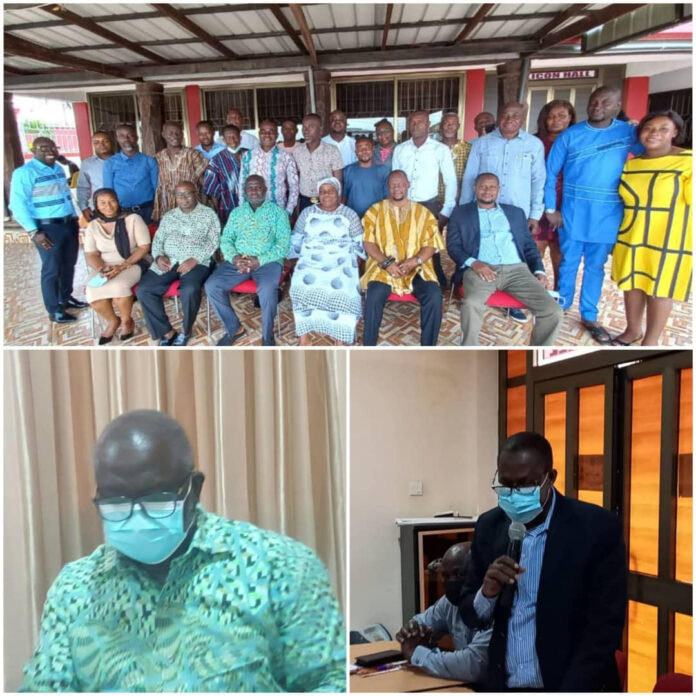 The Korle Klottey Municipal Assembly (KoKMA) has organised 2 -day Capacity building training for its Assembly members and some heads of departments and units in order to deepen their understanding of the local government system.

“As a Municipality located within the Central Business District (CBD) will keep enhancing and building effective Urban Governance and Leadership Training Programme for Assembly members of the Korle Klottey Municipal Assembly in order sharpen their managerial and leadership skills to help them identify the local challenges confronting the Municipality, analyse, reflect and propose innovative strategies to address these challenges in making Korle Klottey a livable city,” said Nii Adjei Tawiah

The capacity training also aims at deepening understanding of the Local Government system and exposing Assembly members to the emerging roles expected of them.

Hon. Francis Ebo Mensah, the Presiding Member for the Korle Klottey Municipal Assembly underscored the roles and responsibilities Assembly members play as representatives of citizens to ensure that the core functions of the Assemblies under the local government concept are performed
optimally.

Again, he noted that the Assembly members will be equipped to help the Municipality in revenue mobilisation, effective community engagement as well as deepening local governance such as communal activities.

Other areas are Innovative approaches to local revenue mobilization, Land use and the enforcement of enacted bye-laws, Smart Cities management as well as Transformational Leadership skills, and team building.

The training workshop was organised by the Institute of Local Government Studies (ILGS) and facilitated by Dr. Kwabena Boateng and Mr. Frederick Agyarko Oduro.