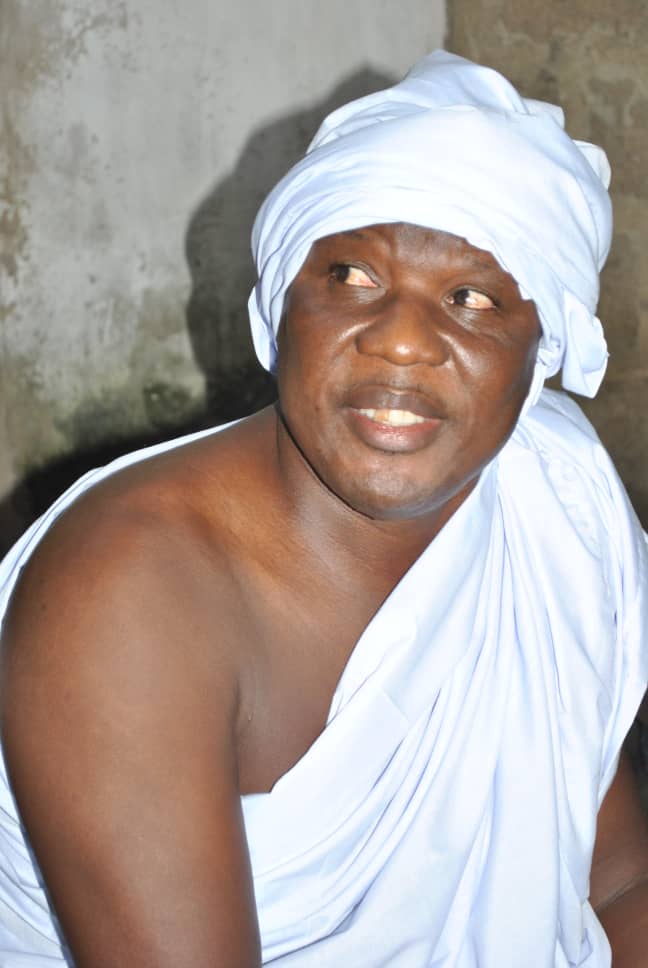 The enstoolment of Lord Atsu Keteku forms part of traditional rites leading to the  burial and final funeral rites of the late Nene Nuer Keteku Ill who joined his ancestors some months ago.

In line with tradition and customs the enstoolment ceremony took place at the forecourt of the palace of the immediate predecesssor – Nene Nuer Keteku III.

According to a statement signed by Elvis Ativoe and issued on behalf of the Agotime Traditional Area and the Central Funeral Planning Committee on Thursday November 4, 2021, Mr Lord Atsu Keteku as a royal, has gone through the necessary trainings in preparations for his role as Konor.

“His enstoolment is timely because Agotime needed a strong, dynamic, and strategic leader to accelerate the pace of socio-economic development across the 37 Towns and Villages of Agotime, both in Ghana and Togo,” the statement noted.

In his acceptance speech,  the New Konor of Agotime Traditional Area, pledged to unite the people of Agotime, and promote peace and development.

He therefore,  entreated the good people of the Area both home and abroad to bury their differences for the sake of unity and the development of the area.

According to him, the task ahead to bring total development to enhance the socio-economic status of all is an enormous responsibility.

“For my part, I bring on board sincere, dynamic, well-motivated and result oriented leadership that is based on consultative team building process,” he stated.

According to Nene Nuer Keteku IV, he is not oblivious of the enormous challenges confronting Agotime.

“From poor or nonexistent school and health infrastructure to lack of potable water. From bad road network to poor lay – out of our community.

“From social vices to lack of discipline and drugs, from youth unemployment to poverty, from poor sanitation to communicable diseases, I can go on and on and on.

….When I look at our challenges, I cannot be, but position myself to be disciplined, strategic and truthful in order to surmount these challenges,” he added.

Nene Nuer Keteku IV reiterated his commitment to put a stop to corruption and bribery, encourage hard work and faithfulness among his subjects, employ an open-door leadership where everybody – young and old, men and women, believers and non-believers would have a say in their own leadership direction.

The new Konor holds a Bachelor of Education degree from the University of Education Winneba, having earlier attended the Jasikan Training College where he trained as a Professional Teacher.

Until his enstoolment, he was the Headmaster of Mawuli Basic “A” Complex School at Ho.