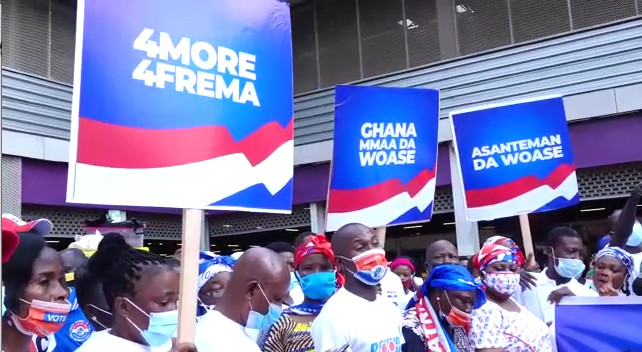 The Member of Parliament for Assin Central, Kenndy Agyapong, has said the Communications Director for the governing New Patriotic Party (NPP) Yaw Buaben Asamoa is the cause of the party’s communication problems.

According to him, for the Akufo-Addo administration to win back the heart of Ghanaians Mr. Asamoa must be sacked from his position.

Mr. Buaben Asamoa speaking to the media in Kumasi, on 18th February 2022, expressed worry over the government’s message on the controversial Electronic Transfer Levy is not catching up with Ghanaians.

He blamed the challenges on the party’s communicators for not doing what is expected of them.

“You will be surprised how many of our NPP officers at the local level are not talking enough about the government’s policy, especially E-levy. I was at a funeral and I took the time to speak to a lot of people. The NPP in the community is not stepping out to project the NPP.

“They must step out and boldly project the party and its achievements. It is very important,” he said adding that many Ghanaians have accepted the E-levy that will help the government in developing the country,” he stated.

But, the NPP firebrand disagrees with Mr. Buaben Asamoa.

According to the Assin Central MP, the incumbent General Secretary of the NPP, John Boadu might lose the impending election of the party if he associates with Mr. Buaben Asamoa.