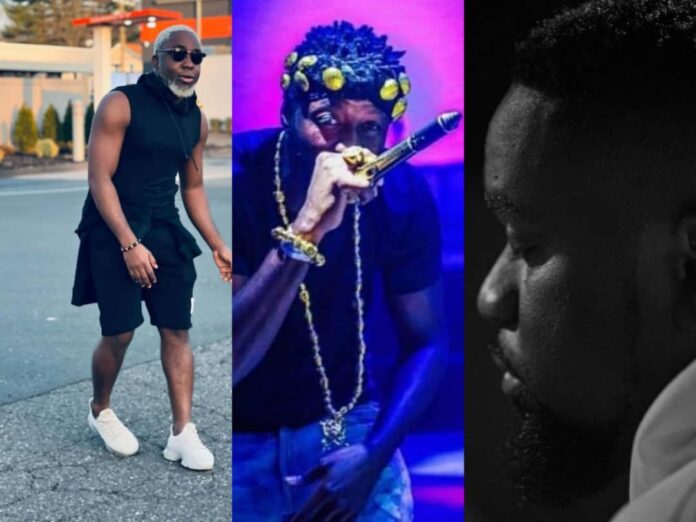 Entertainment critique and publicist Mixtic RomRas has urged Ohene Ntow, Sarkodie, and other well-known musicians in Ghana and the diaspora to add their voice (Music) to the Russia-Ukrainian war.

According to him, these great musicians can use their influence in music to change the world positively, especially with the sudden events happening between Russia and Ukraine.

“I was having a conversation with American rapper Ohenentow about how he could use his influence to change the world concerning issues of the war between Russia and Ukraine. Well, he might not be in the leagues of the Wyclef Jeans and the Michael Jacksons but I asked him in his small way possible”.

Mixtic RomRas also hints at Sarkodie’s successful show in UAE over the weekend where the rapper can also use his medium and connect to organize a world program that can be held virtually to support the movement of creating an atmosphere of hope for some of the victims.

“Imagine if the likes of Sarkodie, Danny Lampo, Teephlow, Nana Nyc, Flowking Stone, Opanka, Popeskiny, and many more make such an effort to start something, especially with the Africans living there in mind. This would be like a world changer”.

Mixtic also suggested that the US-based Ghanaian Rapper Ohene Ntow could start a program through his social media platforms that can unite great artiste to create some form of relief event in the USA targeting people of Ukraine across the world to give them some sort of home and hope that the world cares about them.

“Everything looks hard, people would question if it’s their business but to try is very much to make a change… Promoter Koolic has some good contacts away and they have the ability to do something targeting the peace message at hand,” Mixtic wrote.
Read directly from Mixtic’s wall….