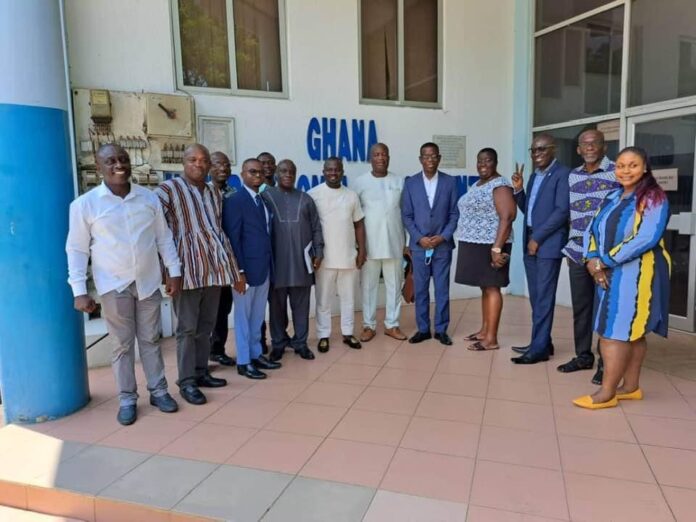 In connection with the Ghana Journalists Association’s, National and Regional elections slated for Friday, June 24, the order of candidates’ placement on the ballot paper is shown below. Also, provided are the election guidelines.

(1) The election would be held throughout the country, using the under-listed centres.

(3) Mode of Identification: -Only Ghana Card, Voters I.D Card and National Passport that bears the photograph and name of the Journalist should be accepted as Voter Identification Card. There will be no proxy voting.

(4) Counting, Announcing & Declaration of the Results at the Voting Centre.

a) Ballots would be counted and results announced at each voting centre after 3:00 pm.

b) Each candidate will be represented by one (1) Polling Agent at the voting centre.

c) The Regional Executive Election Results would be declared at the Regional voting centre and results transmitted through the medium stated at point number 5 below.

(5) Transmission of Results:- Results of the National and Regional Executive Elections at the voting centres stated above would be emailed to Electoral Services Department mail (electionsdept.ec@gmail.com) and WhatsApp same to the following numbers.

(6) The National Executive Elections Results from the various voting centres would be collated at the Press Centre, Accra and the final results would be declared.

a) Vote or attempt to vote more than once for a particular position. b) Buy or sell vote.

c) Compel somebody to vote in a particular way

d) Obstruct a delegate from freely exercising his or her right to vote.

e) Display your marked ballot paper in such a way as to make it known to others the candidate you are voting for.

f) Take photo of how you voted in any particular way.

For further enquires regarding the counting, announcing and declaration of the results at the voting centres, please, contact: 0246829758

GJAEC Press Release 21stDownload
AMA GHANA is not responsible for the reportage or opinions of contributors published on the website.