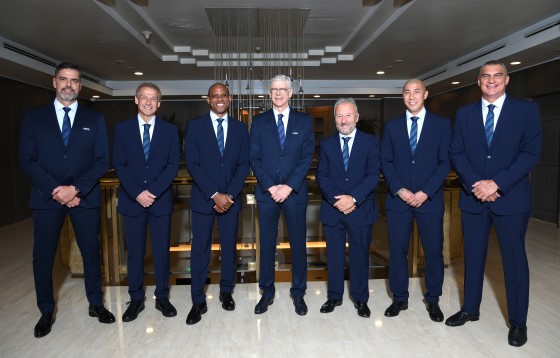 Over 15,000 data points are to be collected per game

FIFA today unveiled the Technical Study Group (TSG), which will provide cutting-edge analysis of all FIFA World Cup Qatar 2022™ matches while increasing and developing an understanding of the game across the world.

The TSG will be supported by FIFA’s Head of High-Performance Programme Ulf Schott and Group Leader Football Performance Analysis & Insights Chris Loxston, as well as by a team of football analysts, data engineers, data scientists, and performance analysts based in both Qatar and Wales.

During the event, FIFA will share the most modern metrics and performance data in the tournament’s history with the worldwide TV and online audience, as well as with the participating teams and their players.

Developed by the FIFA High Performance team and Arsène Wenger, the Enhanced Football Intelligence service will offer new and exciting insights to enrich the coverage and analysis of every game at the tournament through a unique set of in- and post-match visuals presented as augmented reality and traditional graphics.

Besides analysing the action on the pitch, the TSG will study trends and benchmarks for the future of the game and their impact on coach education and talent development. “We want to describe, analyse and interpret what is happening on the pitch to inspire technical experts and football fans in general,” said Wenger. “We will not only be collecting more data than before, but we will also be aiming to find the right balance between technical expertise and data. And we want to inform people about our technical observations directly and during the tournament itself, not months after the tournament.”

The team in Qatar will be in the stadium analysing the systems of play, the tactical strategy along with monitoring individual player performances for their selection of the FIFA awards at the final. They are supported by a large team of analysts monitoring, tracking and coding the performance of every player, noting their movements with and without the ball, how many times they break through lines, and how much pressure they put on opposition ball carriers. This analysis means that over 15,000 data points will be collected per game.

The home of the TSG is the FIFA Training Centre , an innovative platform that is available to players and coaches all across the world. With a comprehensive database of technical football information, the online academy features insightful resources developed by world-leading football experts and illustrates FIFA’s goal to harness technology for the benefit of the global game.

Jürgen Klinsmann : won the FIFA World Cup as a player with West Germany in 1990 and coached the Germany side that finished in third place on home soil in 2006.

Alberto Zaccheroni: coached in four countries over a 35-year managerial career, including spells at AC Milan, Inter, Lazio, Juventus and Torino, among others.

Cha Du-Ri : won 76 caps for Korea Republic and represented his country at two editions of the FIFA World Cup, including their historic run to the semi-finals in 2002. He spent most of his club career in Europe.

ALSO READ  World Cup 2022: All set for Kick Off today in Qatar

Faryd Mondragon: won 51 caps for his country over two decades. Having been part of the Colombia squad at the 1994 and 1998 World Cups, he rounded off his illustrious career by playing in the 2014 tournament at the age of 43.

Pascal Zuberbühler : capped 51 times by Switzerland, he is currently FIFA’s Senior Football Expert. He also set a special record at Germany 2006 by becoming the first and to date only goalkeeper to be knocked out of a FIFA World Cup without conceding a single goal.