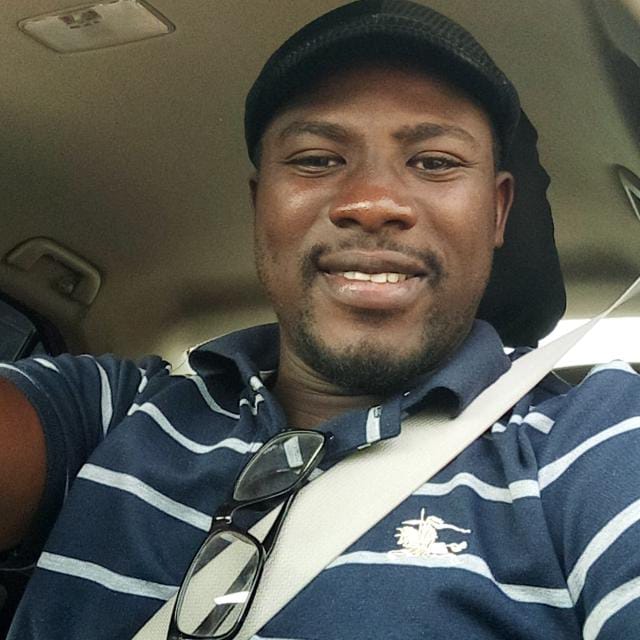 According to him, Mr. Samuel Ofosu Ampofo, who has also suffered so much for the National Democratic Congress, would be arrested by hypertension and cardiac diseases after the election.

Mr. Bismarck Kpobi emphasized that the party’s national chairman would be disgraced as delegates vowed to vote for the party’s scribe, who has served for 17 years.

As some party delegates indicated that Mr. Samuel Ofosu Ampofo is a very strategic political planner, very rich in submarine politics in our political history, and has left indelible records that nobody can steal from him, Bismarck reiterated that He is a coward and should be changed with the general secretary of the party, who also has the mind of becoming the party’s running mate.

But according to Japhet Festus Gbede, Chairman Samuel Ofosu Ampofo dumped the insulting campaign path of his opponent for the campaign of truths, honesty, experience, hard work, reward, loyalty, and a message for his dear Party delegates in the country, and a frightened candidate has commenced a well-choreographed propaganda campaign, hauling insults at him, all aimed at diminishing his chances at the December 17th, 2022, National Congress polls.

He also indicated that, Chairman Samuel Ofosu Ampofo is certainly not a saint, but not many will agree with the desperate attempt by his opponents to disparage him. Most philosophers believe politics taints noble people. So it is with Ampofo.

After serving our great party in the capacity of National Chairman, his impeccable record speaks volumes about his public spiritedness and his support for worthy causes, he stated.

From being a National Organizer, Chairman Samuel Ofosu Ampofo has gone through the drudgery of grassroots politics to chisel his name as the most influential National Chairman the party has so far produced. The question remains: if he were not good, how has he been able to garner all these achievements that have turned people’s adversity upside-down, as pronounced by his record of service over the years, part of his statement read.

There is no denying that Ampofo’s role in the last general election has become a reference point for others. Except for cynics, the intellect and contributions of the former member of Parliament, National Organizer, CEO, former Minister, and our current National Chairman to the gains of the 2020 general elections are incontrovertible, Japhet stated.

Essentially, governance is not about loud noise. It has little to do with pretensions to some high moral standing. It has more to do with competence, sensitivity, strategistsm, and responsiveness to the plight of the governed. On these scores, Ampofo stands tall among equals. In and out of public office, Chairman Samuel Ofosu Ampofo exemplifies excellence.

His mission, as he shared with the delegates at a very privileged meeting with his dear delegates across the country, has a lot to do with making the NDC a better place for all.

It is therefore understandable that the mouths of those that cannot match his achievements would be filled with sour grapes, and because they don’t have any message for the delegates apart from saying they are fearless, they will forget that our actions and inactions as leaders must not provoke the death of the people we want to come and rescue from the inept leadership of President Nana Addo and his NPP government, he said.

You don’t throw sticks at a tree that bears no fruits, and I believe it would be better for Chairman Samuel Ofosu Ampofo’s critics, mostly Asiedu Nketia’s supporters, to concentrate on Asiedu’s achievements that they think would earn him the election to the office of the National Chairman instead of throwing darts at our hard-working National Chairman, Samuel Ofosu Ampofo, he added.

The NDC is coming in handy, bearing in mind that the party is now committed to getting the NPP out of power and arresting the dehumanization of the Ghanaian people through the unbridled corruption, impunity, insensitivity, and arrogance of its leaders, and we need a united front for this, Japhet anticipated.

READ PART OF HIS STATEMENT BELOW.

Ampofo, as defined by H.E. Alhaji Said Sinare, is a de-tribalized politician, a man who is defined by his humanity, philanthropy, and respect for all, regardless of tribe, religion, or background.
I want to remind our party’s delegates that Ampofo is one of the best first-term chairmen that the NDC has ever had.

After we lost miserably in 2016, his hard work, commitment, and determination are something we cannot erase because Mr. Johnson Asiedu Nketia is contesting him and going around saying Ampofo has an unbreakable relationship with the NPP.

Comrades, Just his first term in office has seen our presidential votes increase by more than 500,000 and our parliamentary seats increase from 106 to 137 after Mr. Asiedu Nketia, who was appointed to run our 2016 general election, reduced our seats from 169 to 106 with over one million negative presidential votes.

Who else is the right person to lead the NDC if not Chairman Ampofo?

It is on record that the withdrawal from the Ayawasu West Wougon byelection, which resulted in shooting and killing, was a consultative decision taken by the party and not the sole decision of Chairman Ampofo, as has been put out by Mr. Johnson Asiedu Nketia’s campaign team.

We must continue to ignore the cheap, wicked, and voracious propaganda that Samuel Ofosu-Ampofo, who was our former member of Parliament, former district chief executive, former Eastern Regional Minister, former National Organizer, and a chairman we all supported during the 2018 National Congress, is a mole in the NDC pursuing the NPP agenda today because we are on a mission described by political gladiators as democratically and politically wrong.

Can our memories recalled the Number of days Sir John spent in Our outgoing general Secretary’s house and its spiritual implications on the party?

It is imperative to set the record straight that Ampofo is a unifying force; he is trusted, dependable, and the most accepted chairman across the country.

He is a Democrat who builds, entrenches, and deepens strong democratic culture and institutions, not strong personalities.He is well known for his civil approach to tackling national issues.

He is an elder of a church, and so what?Can we get power if Christians across the country also withdraw their services from our party?

But it is important to state that well-meaning NDC delegates will not succumb to the propaganda that ushered in the accidental chairmanship ambitions of our outgoing General Secretary.

Chairman Samuel Ofosu Ampofo, by his humility, democratic credentials, and belief in wide consultations, which have endeared him to a majority of our discerning delegates, will send Comrade Asiedu Nketia to the council of elders after the December 17th national election.

ALSO READ  Metro Mass Security Chief jailed for extortion
AMA GHANA is not responsible for the reportage or opinions of contributors published on the website.