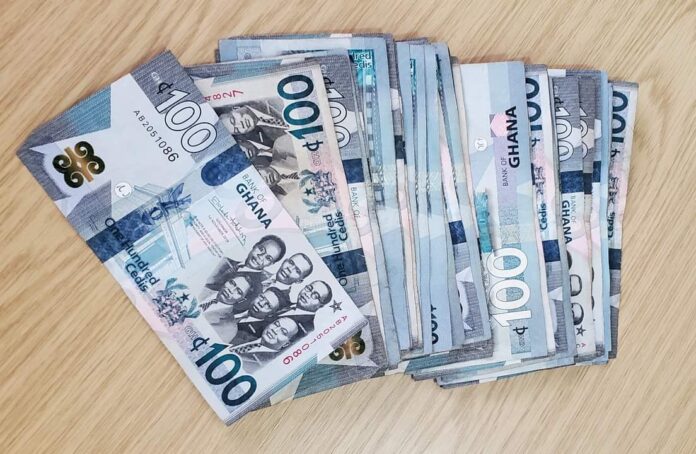 “Patriotism means to stand with the country,” Theodore Roosevelt famously stated, and not supporting the President is what it means.

The current difficulties affecting Ghana’s economy is closely been monitored by the Center for National Interest and Research and if care is not taken this could lead to a very serious social and economic disaster.

These calamities or economic turmoil were as a result of ignoring the following factors:

The center doesn’t believe that, there is any politician who served or is still serving under the Fourth Republic and the same constitution has anything valuable to offer to this nation or the next generation unless we find an obvious way of restoring trust in politics by ensuring that politicians are accountable for what they say during their campaigns and do when in office, they must not be seen as being above the law. There must be the possibility of legally enforcing the law against their failed election promises.

We are not surprised to have witnessed this unfortunate situation at this time because, according to research on, George Washington, the first independent president of the United States who served his country without running on the ticket or platform of any political party, he used his selfless and non-partisan position to unite America and stabilize the nation’s fledgling democracy and independence, he warned his fellow citizens about the negative and ugly spirit of extremely partisan politics.

After serving two terms in government, he declared that he would not run for another term in order to avoid being corrupt.

He stated unequivocally that the “spirit of political party” “serves to divert the public councils and enfeeble the public administration. It causes unfounded suspicions and erroneous fears, stokes and division within the community, and occasionally incites violence and insurrection”. The stability of the republic, he said, was under threat from forces such as political factionalism, geopolitical sectionalism, and foreign meddling in domestic matters.

Because so many individuals and institutions have started to put their loyalty to partisan political parties and interests above their loyalty to their country and its common good, for national interest, Ghana is currently in the deepest, bottomless political pit, rendering our political independence useless.

For the first time in the nation’s history, the Eighth Split Parliament of Ghana created a Balanced or Hanged Parliament of (137+1+137) under the 1992 Constitution, which was believed to have been our savior.

Many Ghanaians have lost faith in both political party politicians and politics as well as the 1992 constitution. In order to leave a legacy of strength, integrity, honesty, and a sense of national purpose, Ghana desperately needs a stabilizing philosophy. The entire nation needed to experience a resurgence of patriotism, similar to the era of our unsung business and nationalist Heroes.

To encourage the younger generation to rethink politics and/or political office holding in the 21st century and beyond as a shared responsibility and one’s service to his/her country but not as an employment, a profession or a profit-making venture, it is important to share the chronological accomplishments and contributions of our unsung business and nationalist heroes who made significant selfless contributions to Ghana’s social, economic, and political history from (1897–1957) as our principle Founding Fathers.

Falsification or distortion of Ghana’s founding fathers’ history served the purpose of specific selfish interests rather than the country’s best interests.

As a result, a group of people may start to believe that they alone own a community or a nation and that they alone are entitled to all of that nation’s governance and resources.

Because of this, there have been regrettable statements like:

1. “Ghana will not have a history if the role of the people of” Akyem” is removed from Ghana’s history.”

2 “People from areas with insufficient natural resources shouldn’t be given political authority to run this country.

3. “Ekosiisen” on Asempa FM it was claimed that party “A” or “B” were the real owners of the country and that they had taken control of the country’s affairs. They also stated that they would not give anyone the opportunity to destroy the country “.

But in reality, they rather end up destroying the country. To advance our social and economic independence, the Center is urging all Ghanaians who have their “country’s interest at heart” to rise up and join the national interest movement campaign towards a knowledge-based revolutionary strategy, towards a Centenary Republic where every will have an equal social, economic and political rights.

It’s time we realized that democracy is more than just, holding elections and exchanging of power; it is also about fostering social and economic freedom for her citizenry.

For:  Center for National Interest and Research, CNIR-Ghana

One On One Foundation Presents Citation To Sanitation Minister, Hon. Mrs....

Turkey Earthquake: “Ghanaian Athletes are safe” according to officials