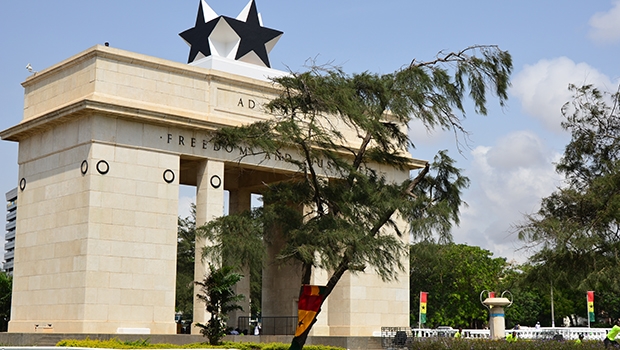 Diplomacy between leading parties means that at all costs they must maintain a sense of cordial exchange, even if strained, otherwise it may lead to retaliations; stalemate; power moves that do not sustain any credible democracy and a political time bomb waiting to go off.

Akuffo-Addo’s Ghana is in fairness a place where

·         A leader reigns who truly believed he was always meant to lead this country (albeit without the sheer depth that would ordinarily accompany such a 40 year dream).

He is a humble man, who has attended the same church for over 30 years; prefers local food as opposed to a foreign diet and to a certain extent is patriotic albeit one of those rare, eccentric, dreamers who attains his ultimate goals. Where his dream for Ghana may turn into a nightmare however is that in all the pages one reads in the Memoirs of Lee Kuan, the Singapore Story, Kuan goes to great lengths to emphasize how Singapore became what she became because of his zero tolerance for corruption particularly within government. Ghana however has a leader who appears to keenly observe the Singaporean story albeit without banishing the corrupt from office or utilizes his government departments to effectively pursue financial crimes.

In fairness to our dear leader, he has shown tenacity in never giving up his cherished dream to lead the

country and has obtained the spoil for those who dare. He has also shown however that in his many

years of waiting patiently in the corridors before getting to an ultimate State of power, he has developed a particular knack for power moves that are subtle, deadly and potentially dangerous to the

future democracy of Ghana.  From the appointment of 11 Supreme Court judges in the space of 2 years to a declaration from the powers that be to the police to ensure that the minority leadership is arraigned before the courts 2 days before the dissolution of the 7th Parliament of the 4th Republic of Ghana; it doesn’t take a masters degree in African Politics from SOAS to conclude that Ghana is well on its way for an explosive few years in terms of democracy.

Diplomacy between leading parties means that at all costs they must maintain a sense of cordial exchange, even if strained, otherwise it may lead to retaliations; stalemates; power moves that do not sustain any credible democracy and a political time bomb waiting to go off.

Historically, we have in a few days’ time, a hung 8th Parliament where the NDC’s votes against NPP’s initiatives over the next 4 years may well reflect their distaste at being arraigned before the courts. Admittedly, our law does state that the minority MPs of Parliament needed to have served notice of their protest to the law enforcement body in accordance with the Public Order Act.

The Minority, on the other hand, have responded saying they sent a notification to the Marshall of Parliament for their walk and may not show up for the arraignment. This accompanied with a letter from the E.C Chairperson the day after the march acknowledging the minority’s petition and emphasizing that her doors are always open to the minority in parliament; makes one wonder if we are living in a new Ghana.

ALSO READ  Managing people for effective performance at the workplace

A Ghana where all protests are blanketly banned in Accra up until the second inauguration of our dear leader; and a Ghana where a major opposition party is forced to appear before the court in a matter that could have diplomatically been cleared up to pave the way for a hung parliament and an imminent inauguration.

It leads to only one conclusion, the NPP is upping the ante to showcase a supposed ‘barbaric’ minority that are lawmakers who do not want to appear before the courts; lawmakers who won’t attend an inauguration and will frustrate the ‘civilized’ party who are law abiding, gentrified and beyond reproach. This of corse is just an opinion, but the smarter the NPP become in their power moves that are subtle and deadly, the more one has to remember the laws of karma. Everything comes round therefore deliver your blows wisely since in politics what goes up must come down and the political shoe of power may well be on the other foot in time to come.