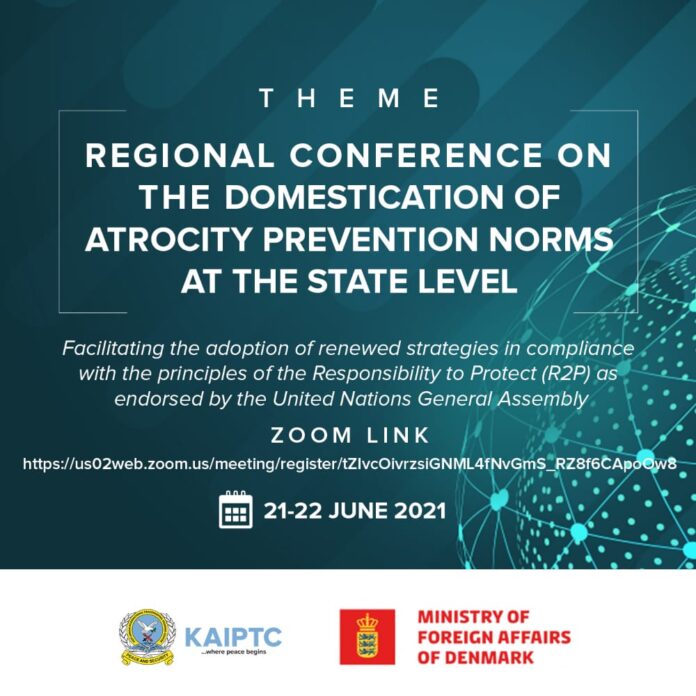 Following a surge in atrocity crimes in the West African sub-region over the years, there has been a pressing need for the adoption of renewed strategies to combat the canker in compliance with the principles of the Responsibility to Protect (R2P) as endorsed by the United Nations General Assembly.

In West Africa, there are numerous recorded cases of war crimes and crimes against humanity in countries such as Mali, Guinea, Cote d’Ivoire, Nigeria, Gambia, etc. where identity-based violence are also pronounced. Recent cases of atrocity crimes in West Africa have further pushed the atrocity prevention agenda to the fore of policy discourses.

Whereas some progress has been made since 2005 when the R2P was adopted, it is becoming increasingly apparent that implementation at the country level has been slow and in some cases worsening. For instance, accountability for atrocity crimes has been mostly lacking, encouraging a culture of impunity in many spaces.

It is against this backdrop that the Kofi Annan International Peacekeeping Training Centre (KAIPTC), with support from the Government of Denmark, is organizing a 2-day Regional Conference on the aforementioned subject. The conference is scheduled for Monday 21st June to Tuesday 22nd June, 2021 at the Senegambia Hotel, Banjul –Gambia.

This event is geared towards achieving the undermentioned objectives:

2. Deliberate on national experiences on best practices in atrocity prevention;

3. Discuss appropriate structures and mechanisms for preventing and responding to atrocity crimes in West Africa; and

4. Create a networking opportunity for relevant state officials, civil society actors and other practitioners to facilitate a community of practice for atrocity prevention;

A total of forty – five (45) participants from four participating countries; Nigeria, Ghana, Cote d’Ivoire, Liberia and The Gambia will converge on Banjul for the event. Participants will also be selected from experienced practitioners and policy level officials from

The event will leverage both in-person and virtual platforms to facilitate interaction among a wide network of critical stakeholders.

The Danish Government is supporting the KAIPTC to implement strategic projects in areas such as: Women Peace and Security (WPS), Responsibility to Protect (R2P), and Conflict Prevention. The project is on the theme: “Promoting Peace and Security in West Africa”. The activities to be conducted as part of the project comprise research, training, and awareness creation, with the research findings feeding into training courses, policy dialogues, and other events for stakeholder representatives at all levels (from UN General Assembly participants and ECOWAS and AU officials to community-level leaders).