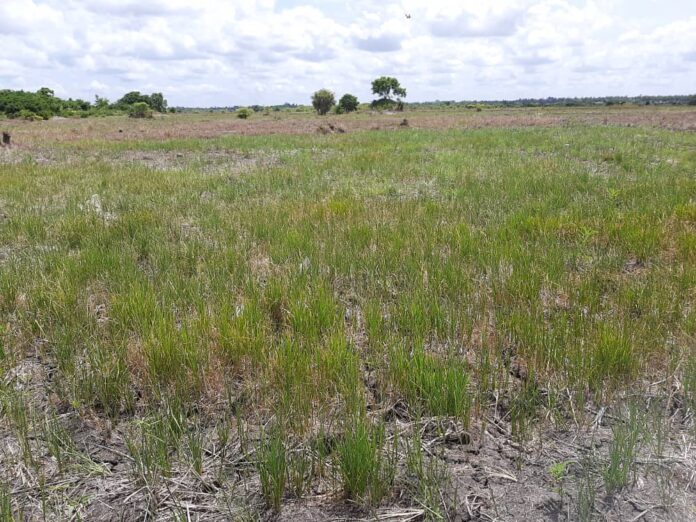 The Ghana Rice Inter-Professional Body (GRIB) has revealed that rice production in Ghana faces bleak consequences this year due to ongoing drought conditions that are severely disrupting production in parts of the Region.

According to the body, farmers in the Akatsi North and South districts have been gravely affected by poor rainfall patterns and are likely to lose their entire output for the 2021/2022 crop season.

“In Ketu South alone, over 700 hectares of rice have been lost to the drought. “The problem covers several areas including Kpoglu, Avalavi, Klenomadi and Avie in Ketu North, Akatsi in Akatsi South, Tongu Districts, Afadzato South District and Hohoe Municipal areas,” the President said.

This comes as a blow to the sector, which is attempting to wean the country off rice importation by achieving self-sufficiency in production by 2025.

As if that is not enough, the affected farmers will have to wait till next year before they can earn some income.

Speaking to this reporter, President of GRIB Nana Agyei Ayeh II said that some members of the body reached out to him to come appreciate the situation and find a solution to the looming danger.

The President together with officials of the John A. Kufuor Foundation paid a working visit to the affected areas this week. Several hectares of rice under cultivation have already been lost due to climate change and low levels of rainfall in these communities.

The woes of the farmers are further exacerbated by the huge investments they have already made in land preparation, seeds and fertilizer.

“This year farmers have spent a lot of money on cultivation of rice, but the rains have disappointed them.

In Ketu South alone, over 700 hecatares of rice has been lost to the drought. This means the affected farmers will have to wait till next year before they can earn some income.

The affected includes Kpoglu, Avalavi, Klenomadi and Avie in Ketu North, Akatsi in Akatsi South and other big farms in the Tongu Districts, Afadzato South District and Hohoe Municipal areas” the President said.

However, the provisional production figures by the Ministry of Food and Agriculture (MoFA) indicate that about 973, 000 metric tonnes of rice was produced in the Ghana in 2020. But, this figure could be hard to match in 2021 if the current situation persists.

Nana Agyei Ayeh II revealed that, the existing dam structure which was built to harvest water to irrigate the farmlands is in a dire state of disrepair, leaving farmers to at the mercy of the harsh weather conditions.

“We cannot continue with rain fed agriculture. As you can see, this year, farmers have lost their investments simply because the rains failed them.

We would like to appeal to the Ministry of Food and Agriculture to provide dugouts for these areas. These will aid in water conservations for the purposes of irrigation in such times like what we facing now,” he added.