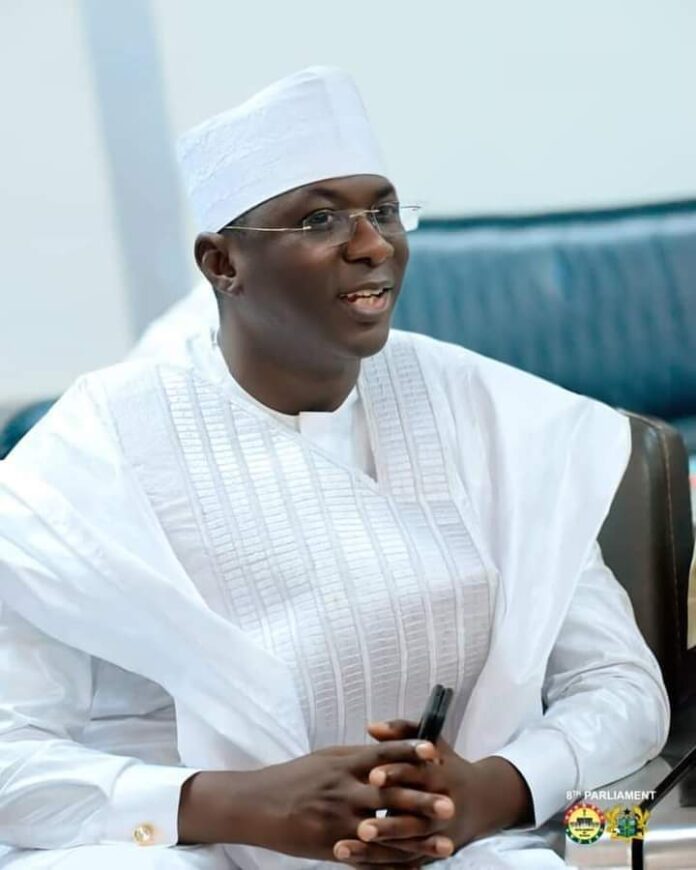 The Voiceless Media and Consult has identified Dr. Amin Anta as worthy to be awarded for his perseverance and immense contribution to his Constituency.

Dr. Mohammed Amin Adam, popularly referred to as Anta, is one Patriot who joined the NPP politics at an early age. He is an example of practical perseverance.

He first attempted to enter Parliament in 2000 for the then Choggu/Tishigu Constituency in Tamale on the ticket of the NPP but lost under strange circumstances.
He did not give up on his desire to serve his people. Years later, he represented the NPP in the Tamale Central Constituency but was not successful on two occasions.

He took time off his Parliamentary ambition for other endeavours and came back to the Parliamentary project years later moving to the Karaga constituency.

He was fourth-time lucky in 2020 and became the first-ever NPP Parliamentary Candidate in the Karaga Constituency to have won the seat at both the Parliamentary and Presidential levels for the NPP.

The Voiceless Media sees this as a huge achievement worthy of an award to serve as an inspiration to the youth and many who aspire for greater heights.

Dr. Anta stands as an inspiration to many and his constituents told a Team of Voiceless Media researchers that they have never had an MP like Dr. Mohammed Adam Amin Anta.

This and many other reasons have moved the Voiceless Media to consider Dr. Anta for this prestigious award.

ALSO READ  With impunity, Somali police detain, confiscate equipment and intimidate journalists at gunpoint in Mogadishu
AMA GHANA is not responsible for the reportage or opinions of contributors published on the website.