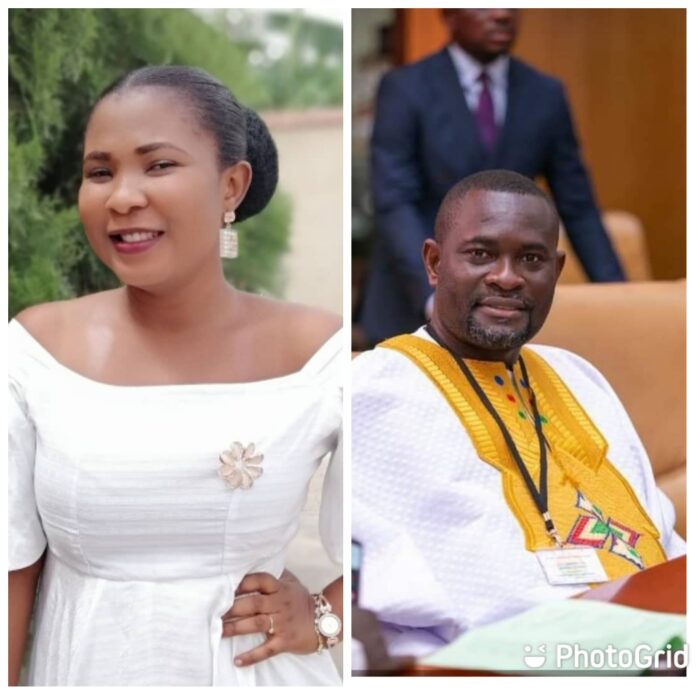 A health and social campaigner has lauded the Member of Parliament for the Ejisu Constituency; Dr. John Ampontuah Kumah (Esq) over his vision and activities within the area and in the political arena.

Madam Abigail Adjei, who is also a resident of the Ejisu Constituency and a member of the New Patriotic Party (NPP), in an interview observed that the MP had genuine passion for the development of the constituency and the residents therein.

She was amazed that the MP had single-handedly rebuilt some important bridges which hitherto had broken down, sought jobs for a lot of the youth in the area, built modern public washrooms, built fish ponds, poultry farms and other agro projects with the aim of providing jobs for the youth of the area.

“John Kumah is one of the most responsive MPs as far as the needs of his people are concerned” she observed and hoped that other leaders will take a cue from the young politician.

She praised the President; Nana Addo Danquah Akufo-Addo for recognizing the MP’s potential and appointing him to the position of deputy minister of finance.

Madam Adjei also praised her MP’s rapid rise in parliament. “I believe his good works are speaking for him even in Parliament as he is currently the Vice-Chairperson of the Constitutional, Legal and Parliamentary Affairs and very active on the Appointments Committee”.

She encouraged other leaders to take a cue from his initiative and drive for development in order to foster the rapid development of the nation and also engender confidence in youth leadership in the country.

She also used the opportunity to congratulate Kissi Adjebeng on his successful vetting to the Office of Special Prosecutor and encouraged him to do his job without fear or favor knowing that he has the support of Ghanaians.