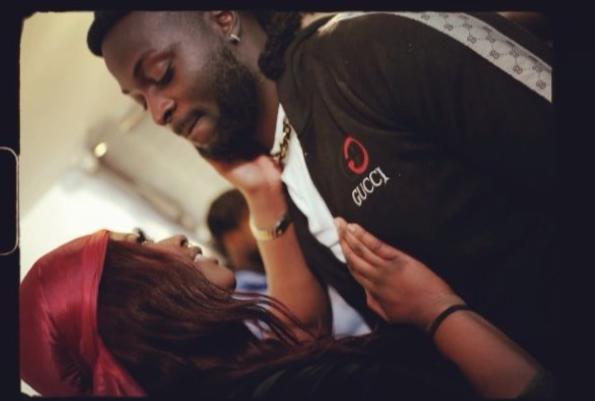 The Ebony hitmaker Danny Lampo was born to Ghanaian parents in Italy and raised in the UK where he completed his education.

Danny Lampo started doing music at an early age and got his first professional song out in 2018 which after that he was able to collaborate with legendary Ghanaian dancehall artist Sonni Balli.

He released a song with Sonni Balli titled Paper which made waves across the globe. Danny went ahead to a couple of songs with their videos, along the lines Danny came to Ghana and also did some projects with some of the upcoming artists here.  He featured Thiago Beezy and Hafiz on a dong titled we dey.

He moved backed to the UK did another couple of projects and released Ebony which became a mega-hit in the UK and even got him featured on BBC introduction and also got featured in a movie titled “Forced” directed by international movie director and promoter Danny Erskine which is set to be in the cinema by 2022.

Danny Lampo has won numerous awards in both Ghana and Europe and even got nominated with his song “Ebony” under the category of Uk based afropop song of the year.

He was as well billed to perform at a Ghana party in the park which was organized by Akwaaba Uk where he performed alongside some top Mcs from Ghana and Nigeria.

He performed with Sarkodie, Yaw Tog, Kofi Jarmah, Amerado, Darkoo, King Promise among others. He has also connected with some of the big Ghanaian artist based in the UK like Reggie and Bollie, Stephanie Benson.

He has also been billed to perform on the 30th of August in Uk with stonebwoy and Fameye at Ghana afrobeats in the park.

Check out Ebony by Danny Lampo