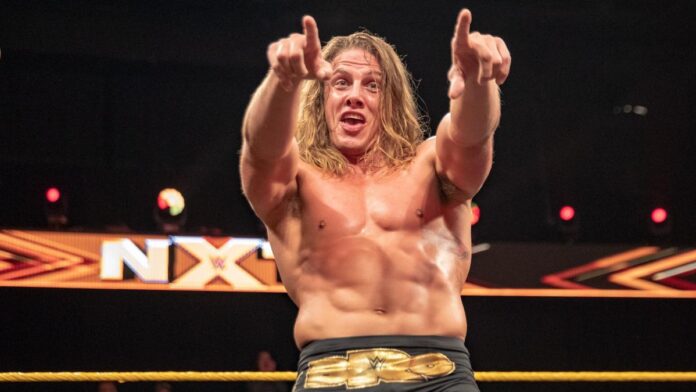 Fans of the WWE can gear up for another thrilling week of action on SuperSport, with live airings of the NXT, SmackDown and Raw shows running from Wednesday 25 to Tuesday 31 August 2021.

The action begins on the morning of Wednesday 25 August with WWE NXT Episode 631. The yellow brand has seen the arrival of Gigi Dolin and Jacy Jayne, with the former recently claiming a stunning win over Amari Miller. “I have worked my entire life to get to this moment,” said Dolin. “And we are just reaching the tip of the iceberg here.”

Jayne added, “Did you see what my girl just did out there? Whoo! Take a good look, because this is exactly what the entire NXT women’s division is going to look like when you step up to Gigi Dolin, and myself Jacy Jayne. You’re gonna remember these faces, you’re gonna remember our names because we are taking over and this is only just the beginning.”

Saturday 28 August brings Episode 1149 of WWE SmackDown. King Nakamura recently defeated Apollo Crews to become the new Intercontinental Champion and has promised that his reign will be one to remember. “I became the first-ever Intercontinental Champion as King,” said the Japanese superstar, who claimed the ‘King’ title off of Baron Corbin. “I’m now a two-time Intercontinental title winner and I promise that I will be a fighting champion. There is no challenge that I will back down from, no opponent I will have fear to face. This belt will be around my waist for a long, long time.”

Tuesday 31 August will feature Episode 1475 of WWE Raw. Riddle admits that he is confused over the future of his ‘RK-Bro’ team up with the legendary Randy Orton after ‘The Viper’ attacked him on a recent episode of the red brand. “Honestly, I’m just as confused as you,” said Riddle. “I don’t know what to do, I honestly just hope me and Randy can work this out, so that RK-Bro can still be a thing!”

Now GOtv viewers can also enjoy some world-class WWE action every Wednesday evening on SuperSport GOtv Select3, with a past Pay-Per-View (3pm), WWE 205 (7pm) and a documentary (7:30pm). Don’t miss out on all the WWE content on DStv. Visit www.dstv.com to subscribe or upgrade, and join in on the excitement. And while you’re on the move, you can stream the action on the DStv App.