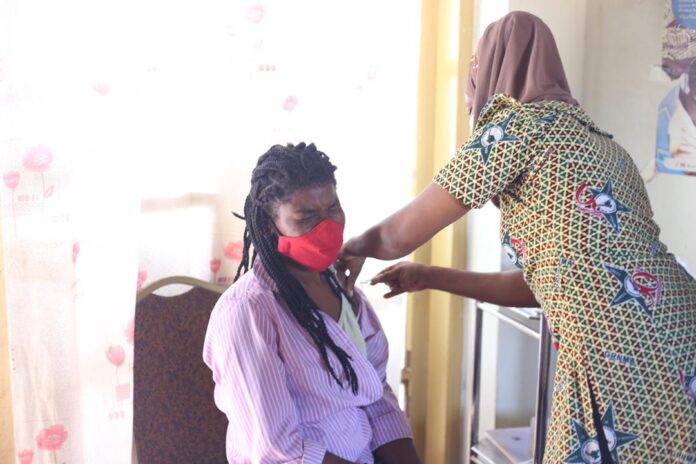 The second day of vaccination for the second dose of the AstraZeneca vaccine is ongoing smoothly across the country, as people are still seen queued up for their jabs in selected areas.

GBC News’ Josephine Akari, who visited some selected vaccination centres in Accra to assess the exercise, reports that at the Sukura Hospital in the Ablekuma Central Municipality, only a few people had gone to take their jabs.

The Supervising Nurse-in-charge of the Center who spoke on condition of anonymity, attributed the low turnout to attitudinal behaviour of the residents, saying some of them only took the jab on condition that family members took the jab.

GBC News’ checks at the selected centres gathered that there has been some form of directive by officialdom to Supervisors at the centres not to disclose any information to the media.

“I observed just about a handful of people waiting in queue at the Sukura Hospital in Accra to take their jabs. The Supervising Nurse at the Center, who would not speak on record, said the numbers were low at the Center because most of the residents would only take the jab if other members of their households did.”

She expressed disappointment at the development, saying there are a lot of vaccines allocated to the centre.

At the Prime Care Medical Centre at Mataheko, the exercise was running smoothly and people were seen in full compliance with the safety protocols.

The story was no different at the Barnor and Mamprobi Hospitals. A young man who had gone to take his jab at the Mamprobi Polyclinic expressed frustration at the interruption of the network which delayed the exercise.

“I got here about an hour ago and the only complaint they had was that the network was very bad so I had to wait for some time. The second jab of the vaccine took too long to arrive but I’m quite ok,” he stated.