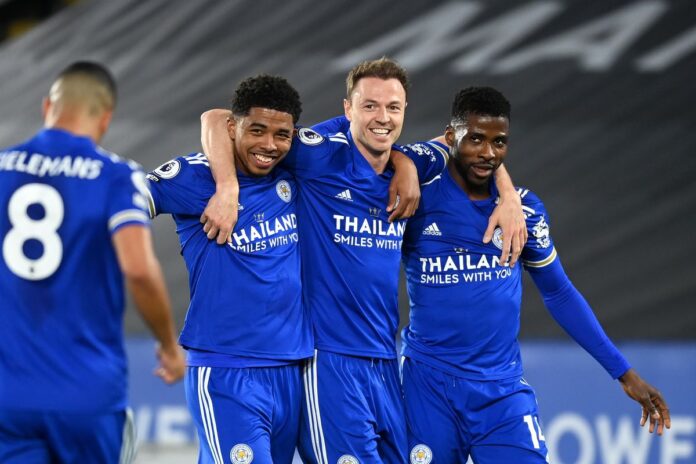 The international break comes to an end the European leagues bounce back this weekend. Fans can look forward to extended action from the Premier League, La Liga and Serie A, with matches scheduled to run from Saturday 11 to Monday 13 September 2021. DStv and GOtv will offer a range and depth of action that no other rival can match it’s literally ‘Unbeatable Football’!

This round of Premier League action is headlined by the meeting of Leicester City and Manchester City at the King Power Stadium on Saturday 11 September. The Foxes have had a mixed start to the season and will be hoping that a home clash against the champions inspires the best from players such as Wilfred Ndidi, James Maddison, Jamie Vardy, Kelechi Iheanacho and Patson Daka.

Man City, meanwhile, will look to record signing Jack Grealish for further inspiration. The playmaker netted his first goal for City in a comfortable win over Norwich City last month and manager Pep Guardiola wants to see more of a killer instinct in front of goal from the English international.

“If he gets the mentality to score goals like Raheem [Sterling], he can score more,” said Guardiola. “When Raheem was here when I first arrived, he didn’t have goals in his mind and we immediately changed his arrival. He scored because he arrives in the centre, he’s a machine there. He changed his mind and decided he was going to score. Jack has this mentality to score goals and win games as well, but if he has the Raheem mentality then he can do it too.”

Another key clash sees Leeds United host Liverpool at Elland Road, a match which is sure to be enthralling for football purists and lovers of the technical and tactical elements of the game… plus, their two meetings last season produced a total of nine goals!

Leeds manager Marcelo Bielsa will surely enjoy pitting his wits against Liverpool counterpart Jurgen Klopp, though it is the prospect of a full capacity Elland Road and the resulting atmosphere which could be most decisive.

“The public is always a stimulus and the presence of the spectators is very important. It makes us very happy and it is very emotional to play in front of them again,” said Bielsa.

Other games to watch out for in this round include a London derby between Crystal Palace and Tottenham Hotspur; Manchester United hosting Newcastle United at Old Trafford; Aston Villa looking to claim an upset at Stamford Bridge against Chelsea; and the round-closer on Monday 13 September which sees Rafael Benitez and Sean Dyche pit their respective brands of pragmatism against each other for Everton v Burnley.

SuperSport is also the only place to get English commentary on the legendary La Liga!

This round of La Liga has seen two games postponed Sevilla v Barcelona and Villarreal v Deportivo Alaves after the Court of Arbitration for Sport refused to grant the Spanish top-flight an injunction against FIFA’s decision to extend the time that South American international players need to be away with their respective national teams.

In response, the league’s governing body decided to postpone the games due players who will “join up with their clubs on Friday [10 September] having played three international matches with fixtures then on Saturday or Sunday with their clubs, which makes it clear that they will be unable to compete in equal conditions”.

Sunday, meanwhile, sees two title favourites in action, with champions Atletico Madrid travelling to Espanyol, while Real Madrid will be at home to Celta Vigo. The Rojiblancos have a new dimension to their play in midfield thanks to the presence of Rodrigo de Paul, who has called manager Diego Simeone “one of the best coaches in the world”.

“I’m going to learn a lot from him and he motivates me a lot,” said the Argentina recruit. “We see and feel football similarly. I believe in playing 100 per cent, to compete for the team.”

Los Blancos, meanwhile, are still searching for a balance in their play, according to manager Carlo Ancelotti: “We have to improve our defensive attitude,” said the Italian, who is under major pressure to return Real to the top of Spanish football.

In addition, this round of La Liga also features Real Betis and Valencia having tricky away games against Granada and Osasuna respectively; the stylish Real Sociedad will bring their inventive play to Estadio Nuevo Mirandilla for a clash with hosts Cadiz, and Athletic Bilbao will welcome Mallorca to the atmospheric San Mames Barria.

The pick of matches from Serie A in this round is the clash between Napoli and Juventus at Stadio Diego Armando Maradona. The Neapolitans, and especially former manager Luciano Spalletti, would love to claim the scalp of the Bianconeri and underline their intentions for the season.

Juve manager Max Allegri, meanwhile, says his team is still adapting to his methodology but believes they are on course for a return to the top of Italian football: “It is natural that there is a transition period from one regime to the next,” said the Italian.

“The players are responding well, though there are small details that we will need to correct after we come back from the international break. We must be patient and allow the processes to take their course.”

Another key clash this round sees Milan play host to Lazio. Le Aquile claimed an emphatic 3-0 win when the teams last met back in April, but Rossoneri manager Stefano Pioli believes his team has a newfound spirit and competitiveness which is driving them to be Scudetto contenders.

“We are becoming a strong team with a lot of competitiveness in the group. We know so many ways to play,” explained Pioli. “There’s a lot of balance now. I don’t like limitations. I know I coach a strong team. Maybe the right word is ready; this is the readiest Milan.”

Jose Mourinho – and former Chelsea striker Tammy Abraham – have already made a major impact at Roma and will look for a three-point haul in their potential thriller at home to Sassuolo, while champions Internazionale will have a trip to Stadio Communale Luigi Ferraris to tackle Sampdoria.

New Nerazzurri boss Simone Inzaghi has praised the impact of midfielder Hakan Calhanoglu, who was snapped up from cross-town rivals Milan in the offseason: “He is a great player, he combines quality and quantity, he raced a lot but it would be reductive to talk only about him.

“Calhanoglu is a player that Marotta and Ausilio wanted, every time I played against him, he caused me problems. We have the great fortune to sign him, he has inserted himself well. In my opinion he still has margins to improve and grow because he is young and still doesn’t know how good he is.”