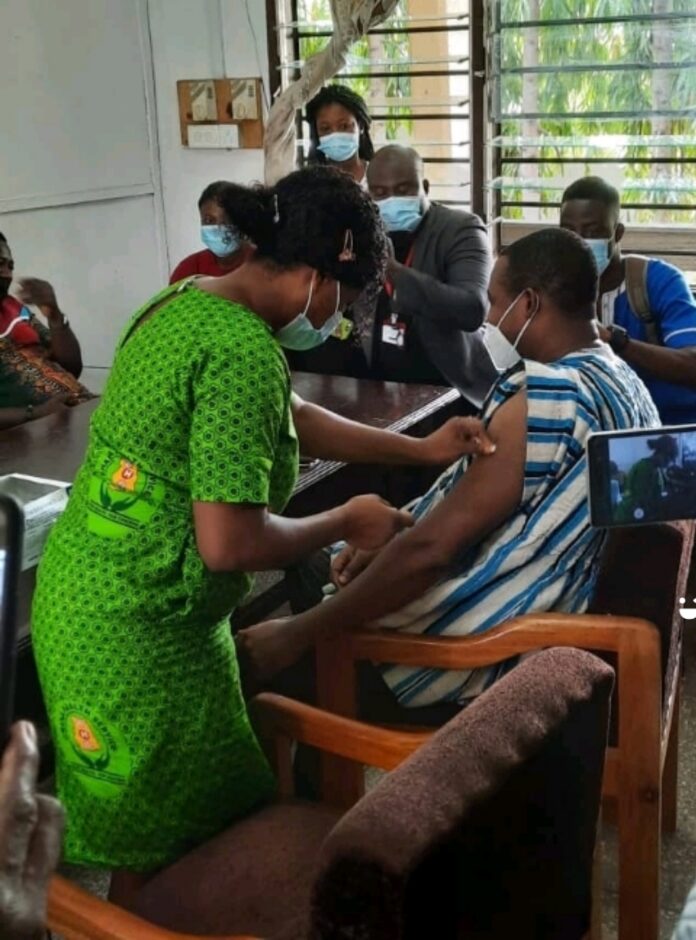 This is in addition to some 1.2 million Moderna vaccines received by Ghana on the 4th of this month from the United States.

Vice President Harris said this when she held bilateral talks with President Akufo-Addo at the White House.

It was aimed at strengthening the ties of co-operation and friendship that exist between the two countries.

Addressing a press conference, prior to holding a closed-door meeting between the two leaders and their delegations, the American Vice President indicated that Ghana and the United States share a commitment to global health and to minimize the effects of COVID-19.

She said the United States is proud to be a member of COVAX and has donated more than 1.2 million doses of the Moderna vaccine to Ghana.

Commending President Akufo-Addo for the handling of Ghana’s economy, she said American companies continue to ramp up in Ghana, understanding the significance of the work that they do there to America’s economy much less to the partnership between Ghana and the United States.

On his part, President Akufo-Addo thanked Vice President Harris for the vaccines stressing that Ghana and the United States of America share very much the same commitments.

ALSO READ  COVID-19 2nd Jab in Northern Region: Zoomlion deploys team of experts to collect medical waste
AMA GHANA is not responsible for the reportage or opinions of contributors published on the website.

Top of the table clash in Bundesliga, only on StarTimes

NBA to unveil 75th Anniversary Team during the opening week of...

Train and finance fishermen, Navy personnel in swimming to compete the...