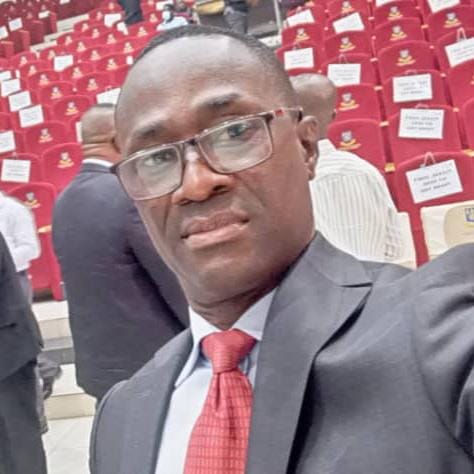 While other commentators were allegedly saying the National Democratic Congress is on the way to scrapping their Branch Executives from their political history, Lawyer Eric Delanyo Alifo, a vocal private legal practitioner also indicates that he has chanced on information that there is a proposal to amend NDC’s Constitution to elect constituency, regional, and national executives of the party before branch executives would be elected.

He explains that the proposal means essentially that all or most of the current executives of the party at all levels are most likely to retain their positions since their electors shall be the same that elected them about 4 years ago.

Mr. Alifo urges the “masses” of the party to reject the proposal because it shall destroy the party. He explains the basis for his call in his full statement as follows:

THIS PROPOSAL SHALL DESTROY THE NDC: IT MUST BE REJECTED BY THE MASSES FORTHWITH

Folks, most of us must have known by now that our dear party, the NDC is at the moment considering proposals for amendment of its constitution. We were told that proposals were being invited at some point, although I am not sure how they were supposed to be made, and how easy the process was for grassroots activists like me to submit proposals to the party.

But from the grapevine, I heard there is one ridiculous proposal, which I am reliably informed may see the light of day unless something unexpected happens. That proposal shall be disastrous for the party, going into the 2024 general elections, and I hereby call on all members of the party (the “masses”) to reject the proposal forthwith, and for the committee working on the review of the party’s constitution to throw out the idea of amending the party’s constitution to have the effect in the said proposal.

Here is the insufferable proposal: It is being proposed that the party’s constitution must be amended to allow the elections of its executives (internal elections) to be held in the following order:

But assuming, most or some of the current branch executives may indeed, be changed, will it not be the case that these new branch executives will not have any hand at all in the election of the executives at the higher levels of the party until after the next election cycle?

Will it also not mean that our grassroots would have been denied the right to play any role in the election of our new executives at constituency, region, and national, who must manage the affairs of the party?

Would it then not seem that the only role of the new branch executives and our base would be the election of only parliamentary candidates and a flag bearer, but not to have any say at all in electing those who must manage our party at various levels, going into the 2024 elections and beyond?

Now, can we guess the motive of the ill-conceived proposal?

I do not know the source of this proposal, but I am 100% confident that all incumbent executives of the party from the constituency to national, who may be interested in contesting for their positions again, or for other positions, shall be very excited about the proposal. It shall work very well in their interest, so my simplest guess of the motive is that it is intended to achieve the retention of all or most of the incumbent executives of the party in their positions.

But nobody would tell you this is the motive for the proposal. They shall throw in all kinds of stuff to obfuscate the issues and hoodwink you, or at the very least, confuse you. So far, I have discussed this proposal with two-party stalwarts. One was the one who first disclosed the information to me.

I sensed from my interactions with them that both of them were very confused after listening carefully to my analysis of the proposal. One of them admitted clearly that he was misled ‘big-time.’ That was the work of the protagonists of the proposal. Their main motives may be hidden to most people including even all or some of the members of the committee that is tasked to prepare the report on the amendments.

All that they tried to argue, which was what they were told, and which they first believed was that the difficulties with the election of branch executives, which has hitherto been allowed by the party to be hijacked, manipulated, and abused by MPs, and others with varied political interests will be forestalled by implementing the proposal in question. Implicit in their arguments is the stark admission that the party has failed woefully over the years to conduct and supervise proper and competitive democratic elections at the branches (the base).

It would appear that instead of taking the appropriate measures to conduct and supervise good elections at the grassroots, someone is proposing an escape from that responsibility and instead introducing an intolerable proposal to serve the interests of only a few powerful ones, who may have the means to push through unnecessary and divisive amendments to the party’s constitution to serve personal or sectional interests.

The caution here is very important because if we are conversant with how proposals, amendments, etc are affected by political parties at their Congresses, we would know that there shall be no opportunity for us at the grassroots to change anything at the party’s Congress once a committee has accepted a particular proposal and captures it in its report.

The only way and time to reject this disastrous proposal are to speak against it loudly, now. There will not be any time when the committee working on the proposals shall put the proposals out and invite our views. This proposal must not go through.

I know that many of our youths are gearing up for positions at the branches.

The party must allow all of our members to choose among the many ambitious supporters who want to assume leadership positions at the branches first.

Then those who shall be elected at the branches must have the chance to choose our next constituency executives at the various constituency conferences.

This must be followed by regional conferences where newly elected constituency executives must elect our regional executives, and finally, the regional executives must elect our national executives. If this order is followed and the internal elections are organized and supervised very well, I will not bother at all if all or most of our incumbent executives at all or some levels are retained. Indeed, I think some of them are very good for their positions and I support some of them. What is objectionable to me, and must be to all who love our party, is the attempt to change or manipulate the rules intentionally or otherwise to have the effect of retaining all or most of our current executives without proper democratic tenets.

This is the only reasonable order and must be adhered to strictly. The only thing that must change is for the party to ensure that proper elections are organized at all levels including at the branches. There must be no compromise on this.

If our grassroots fail to heed my warning, and those with vested interests push through dubious constitutional amendments, which would later affect us negatively, nobody must say I have not forewarned us.

I rest my case.