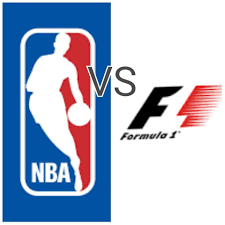 NEW YORK, United States of America, October 2021/ — Content of F1 Cars in Custom NBA Livery to Drop on NBA and F1 Social Media Platforms Starting Today; F1 Drivers to Compete in Free Throw Challenge for Charity at ESPN Studio in the Circuit of the Americas Paddock Alongside NBA Legends.

The National Basketball Association (NBA) and Formula 1® (F1) today announced a first-of-its-kind content and promotion partnership to bring together the broad, global fanbases of the NBA and F1 in celebration of the NBA’s 75th Anniversary season and the return of F1 to the U.S. at the 2021 FORMULA 1 UNITED STATES GRAND PRIX™ on Sunday, Oct. 24 in Austin, Texas.

To commemorate the US Grand Prix and the NBA’s 75th Anniversary season, exclusive imagery featuring F1® cars in custom liveries representing all 30 NBA teams will be dropped on NBA and F1 social channels around the world, with the first 10 cars showcasing the Central and Pacific Divisions being unveiled today.

On Thursday, Oct. 21, ESPN will host F1 drivers as they battle it out off the track in a free throw challenge at an NBA 75th Anniversary-themed basketball half-court within the Circuit of the Americas paddock. NBA legends will be onsite to meet the drivers and provide shooting tips as they compete to make the most free throws out of 10, with $20,000 up for grabs to be donated to the winner’s charity of choice.

The NBA has established a major international presence with games and programming available in 215 countries and territories in more than 50 languages, and merchandise for sale in more than 100,000 stores in 100 countries on six continents. NBA rosters at the start of the 2021-22 season featured a record 121 international players from 40 countries.

NBA rosters at the start of the 2021-22 season featured a record 121 international players from 40 countries. NBA Digital’s assets include NBA TV, NBA.com, the NBA App and NBA League Pass. The NBA has created one of the largest social media communities in the world, with 1.9 billion likes and followers globally across all league, team, and player platforms. Through NBA Cares, the league addresses important social issues by working with internationally recognized youth-serving organizations that support education, youth and family development, and health-related causes.

About Formula 1®:
Formula 1® racing began in 1950 and is the world’s most prestigious motor racing competition, as well as the world’s most popular annual sporting series. Formula One World Championship Limited is part of Formula 1® and holds the exclusive commercial rights to the FIA Formula One World Championship™. Formula 1® is a subsidiary of Liberty Media Corporation (NASDAQ: LSXMA, LSXMB, LSXMK, BATRA, BATRK, FWONA, FWONK) attributed to the Formula One Group tracking stock. The F1 logo, F1 FORMULA 1 logo, FORMULA 1, F1, FIA FORMULA ONE WORLD CHAMPIONSHIP, GRAND PRIX, PADDOCK CLUB and related marks are trademarks of Formula One Licensing BV, a Formula 1 company. All rights reserved.