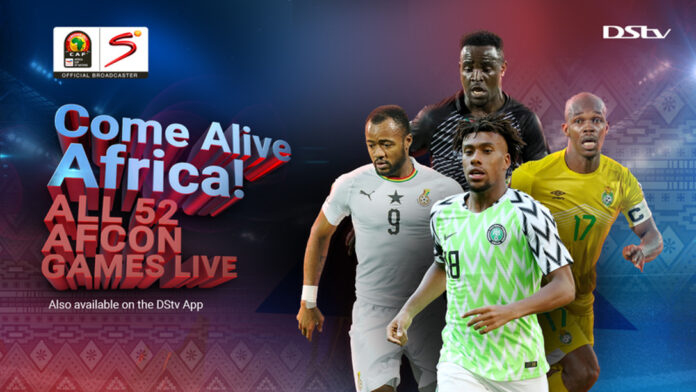 14 Radio stations in the Western Region have been identified breaching the exclusive rights enjoyed by the Ghana Broadcasting Corporation in the transmission of the ongoing Africa Cup of Nations, AFCON in Cameroon.

The Acting Western Regional Director of GBC Alfred Hughes who disclosed this to GBC News said the discovery became possible following a monitoring team instituted by Mr. Hughes with support from the Western Regional Police Command to investigate stations in the region in connection with the transmission of the tournament.

”As directed by the Management of the State Broadcaster, GBC to all its Regional Directors to closely monitor all radio stations within its jurisdiction and expose all television and radio stations which breach, the guidelines under the directives of its Acting Regional Director, Mr. Alfred Hughes assisted by a select number of the station staff directed a monitoring team and it’s exercise revealed that 14 radio stations were in breach of the rules and guidelines guiding the conduct of the coverage of the tournament.”

”In all, 14 different radio stations were discovered to have breached the laid down rules. Beyond this, the State Broadcaster’s Personnel at Twin City have been able to record and have in their custody incontrovertible evidence in form of audios from jingles, LPMs, adverts, announcements, etc. of the fixtures on their various networks.”

The Stations discovered so far are;

According to Mr. Huges,” on the first day of the combined team exercise 5 (five) stations were visited. These included Good News Radio station on harbor Road, Max FM and Kyss FM all at Essikafu Abantem Number 2, AHOTOR FM at Tanokrom and Roc FM at Windy Ridge.”

At the Goodnews Radio stations, the staff declined to answer any questions at the front desk and also refused to respond to questions posed by the Acting Regional Director in respect of breaches guiding the Tournament’s guidelines.

The Manager who eventually emerged declined an invitation to the Police Station and cast aspersions at the Security Operatives even after they had identified themselves and arrest warrants had been issued.

After the security operatives had been described as armed robbers and the Manager and one staff member had resisted arrest they were handcuffed and sent to the Central Police Station and put behind bars as investigations continued.

The next place to call was Kyss FM and Max FM. A twin station under a Manager simply called Mantse who was not available at the time of visit.

He was invited on the phone and his statement was taken.

The next point of call by the combined team was Windy Ridge and to ROC FM. There the Manager, who introduced himself as Richie Osei Kufuor, was very cooperative, whilst admitting his faults out of ignorance, promised to report to the Police.

The last station visited for the day was AHOTOR FM at Tanokrom where the News Editor was picked up and sent to the Police station where his statement was taken.

”The team continued with its search of all errant media houses and ensured that they discharged their financial obligations to the State Broadcaster which has invested more than €2 million to bring this tournament to Ghanaians”, Mr. Huges stated.