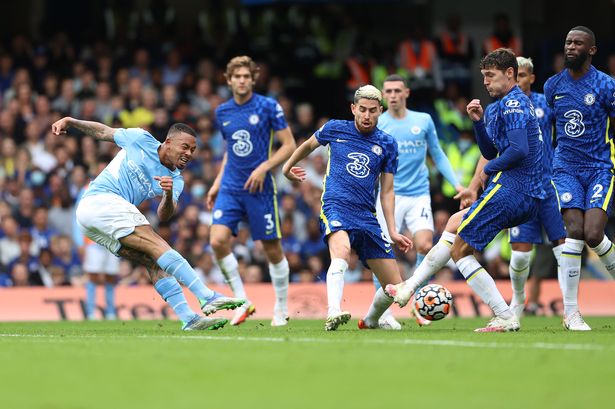 SuperSport viewers on DStv can look forward to a classic Premier League rivalry, as Manchester City take on Chelsea at the Etihad Stadium on the afternoon of Saturday 15 January 2022.

The Citizens and the Blues are both looking to claim an all-important three points off a fellow title rival – while Liverpool are sure to be watching closely ahead of their home clash against Brentford later the same day.

City manager Pep Guardiola has praised his side’s consistency: “I prefer to win titles but when you break records you are consistent, win ages and win games,” said the Spaniard. “This is the precious value this team have, you have to renew, build again, avoid performance like the first half to do better.”

Thomas Tuchel, meanwhile, has called for support from Chelsea fans after their wobble in form over the festive season period: “These things happen and I can just tell everybody: we need the support. We need the players on top level and we need the supporters on top, top, top-level especially when things get a bit tough and a bit tight. We need them even more.”

Bernardo Silva – The versatile Portuguese midfielder has enjoyed a great season in 2021-22, racking up goals and assists in City’s ‘strikerless’ system. His movement and intelligence both off and on the ball will be a major threat to Chelsea.

Jorginho – If Chelsea are to keep the ball moving in possession and try to prevent City having the lion’s share, then they will need Jorginho to be at his best in terms of recycling the ball and keeping the visitor’s passing game on the boil.

In head-to-head stats, City and Chelsea have met in 170 matches across all competitions since their first clash back in 1907. The Blues have claimed 71 wins compared to 60 for the Citizens, while 39 games have been drawn.

When the teams met in the Premier League earlier this season, at Stamford Bridge in September 2021, City claimed a 1-0 away win thanks to a strike from Gabriel Jesus.

Pep Guardiola v Thomas Tuchel – Both managers crave control in matches, which will make for a tense tactical battle. Guardiola’s side got the better of things when these clubs last met, but Tuchel will be itching for revenge.

Kevin De Bruyne v N’Golo Kante – Two of the greatest players in their respective positions, the battle between De Bruyne and Kante is one which could be crucial in deciding the outcome of this match – and potentially the Premier League title race.

Joao Cancelo v Christian Pulisic – Man City’s Cancelo is a ‘right back’ in name only, using his intelligence and technique to drift into midfield and affect the game from there. Yet he will have some defending to do against the hard-running Pulisic.