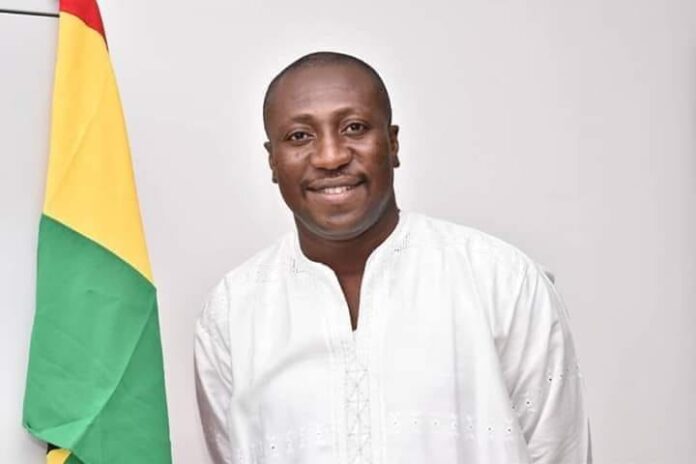 This, according to him, is because the E-Levy is essential to Ghana’s COVID-19 recovery efforts.

His comment comes following the Minority’s strong defense against the inclusion of the 1.75% levy in the 2022 budget which they claim will only worsen the economic burden of the citizenry.

But speaking on GTV Breakfast Show, the Effutu MP said government does not believe in taxation as compared to the NDC government.

“In 2017 when NPP assumed office, the first thing it did through its budget was to abolish a number of taxes and at the same time introduced major social intervention programs, foremost among these was the introduction of Free SHS. Bear in mind that government never introduced a levy for the implementation of Free SHS with the existing revenue. Then again, Ghanaians were crying for tariff relief (electricity) and the NDC government had said that the cost of production was so high that it was going to be very difficult to reduce electricity tariffs.

This government again reduced electricity tariffs. All these social intervention programs including major reduction in electricity tariffs were achieved without any taxation. In fact, these things were introduced and implemented at the same time even abolishing some taxes that subsisted at the time. This is not the government that believes in taxation,” he said on Monday, January 31.

He also said the proposed tax has become necessary due to the limited resources available to fix roads and youth unemployment because of the impact of covid.

ALSO READ  Mahama & NDC imposed over 116% levies on Ghanaians but against 1.5% E-LEVY by Akufo-Addo's Government

“It has become necessary to look at some other ways of supporting the economy and one of the ways to help is the introduction of this E-Levy. In all sincerity, the world over Covid has been destructive. Maybe as a government, we have not communicated properly the impact of covid but the world over is suffering because of covid. Can you imagine the over 6 months of a ban on travelling?

Maybe previously you could go and borrow. Those places that you are going to borrow are also in crisis and suffering. So we must look for resources from within. So the E-Levy is a means to generate revenue to do two important things—fix our roads and youth unemployment. So let us look at this innovative way.”