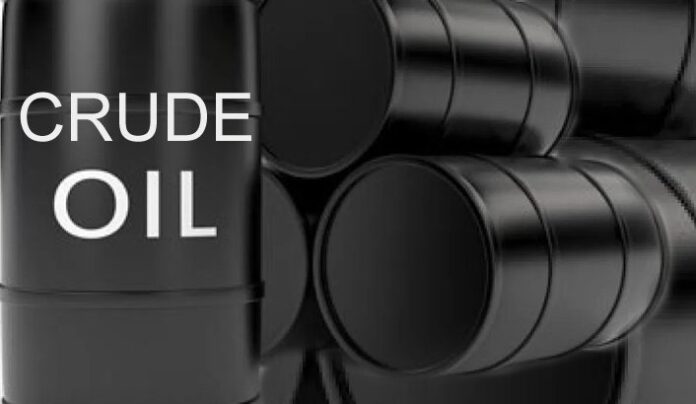 JOHANNESBURG, South Africa, March 21, 2022/ — Africa Oil Week (AOW), the continent’s premium energy conference, will run in Cape Town to bring leading energy stakeholders together on the 3-7 October in Cape Town under the theme: Sustainable Growth in a Low Carbon World.

Annually, Africa Oil Week attracts over 2,000 C-Suite executives, 50+ ministers, government leaders, and global energy leadership to drive transaction and investment with the African oil, gas, and energy sectors. Africa Oil Week will be delivered in its traditional format to advocate the sustainable development of the African upstream.

The aligned conferences come as Africa focuses increasingly on the need of its nations to drive economic growth, improve service delivery and move millions of citizens out of poverty.

“Taking place in the same city at the same time Africa Oil Week and Green Energy Africa Summit will drive their agendas forward for the continent’s prosperity. Africa Oil Week will continue to advocate and support the sustainable development of the continent’s hydrocarbon sector, whilst Green Energy Africa Summit will facilitate deals, transactions, and partnerships across the African power sector to provide energy access for all.

Our aim is to bring the right people together to facilitate Africa’s future economic prosperity and upliftment via the Hydrocarbon sector at Africa Oil Week and energy access for all at Green Energy Africa Summit” says Paul Sinclair, VP Energy.

“Africa needs mixed energy solutions to meet demand and improve the livelihood of millions of citizens. We foresee that hydrocarbons, as well as renewable energy solutions, will be a force multiplier for the continent. Hence Africa Oil Week and the Green Energy Africa Summit will be hosted alongside each other,” says Sinclair.

Hyve Group, the owners of Africa Oil Week, further outlined their excitement surrounding the delivery of the event under the Patronage of the Department of Mineral Resources and Energy, the central government department led by Hon. Minister Gwede Mantashe. “It shows the commitment from South Africa to be central to the long-term success of the African energy sector.”

Mntu Nduvane, Former CEO of Total Namibia (now referred, TotalEnergies Namibia) and Chairman of the Advisory Committee added, “It is forward-looking and seeks to address the real challenges faced by African countries. This will be a valuable platform to set the agenda for future energy projects and partnerships” he says.

Green Energy Africa is a summit in its own right and independent of Africa Oil Week. This is a platform that examines how low carbon energy solutions can contribute to energy access for all. It’s worthy to also zero in on the remarks given at COP26 in Glasgow by the AFDB’s Dr Arron Tchouka Singhe, who noted that a just transition “must help Africa end poverty and achieve the 2030 UN Sustainable Development Goals and the objectives of the African Union’s Agenda 2063.” A sentiment that Green Energy Africa will focus on at its independent Summit in Cape Town at the same time.

ALSO READ  Senegal Minister of Petroleum and Energies to participate at AEW 2022 with a strong focus on investment, gas monetization, and a just energy transition

Singhe went on to say, “We should be talking about ‘low-carbon development pathways’ rather than “net-zero pathways” in Africa”, a point that justifies Africa Oil Week and Green Energy Africa Summit running as independent events in the same city on the same dates.

South Africa has been pursuing oil and gas exploration of its coastline. The Minister of Mineral Resources and Energy, Gwede Mantashe, states “Africa deserves an equal chance to develop its economies on the strength of her natural resources”. He says energy poverty, high unemployment, high debt and stagnating economies needed to be reversed, and thus developing natural resource projects would be “crucial” in allowing a just transition.

“It is only through debate and a thorough examination of the data and the facts that we will arrive at the appropriate solutions. We pride ourselves on making that happen and creating opportunities that drive investment, deal-making and partnerships which will shape a better future for Africa and her people,” he says.

The Africa Oil Week offers 5 days of pioneering insights, from ministerial panels to strategic outlooks designed to advocate for the development of the African upstream for the continent’s benefit. At the heart of the event are some of the most compelling insights into the upstream strategies of governments from across the continent.

These extensive and varied networking opportunities has resulted in an unprecedented return of delegates year after year.

Africa Oil Week is globally renowned for bringing the most senior delegates together each year. In 2021, Africa Oil Week welcomed 50+ Ministers and Government Leaders, 2,000+ C-level delegates, and hundreds of SVPs and VPs of Africa, Exploration, New Ventures – making the event the most influential energy conference in Africa.

Whilst Africa Oil Week will retain its own identity as a pure-play Hydrocarbons event with the sole purpose of advocating upstream development. The Green Energy Africa Summit will also play its role in driving enabling environments to ensure foreign direct investment is deployed into game-changing projects that will reduce the energy deficit and provide energy access for all across the continent.

To learn more about how you can get involved whether it’s to exhibit, sponsor, or attend as a delegate, click here (https://bit.ly/3qm1w2q). Enquire now (https://bit.ly/3N77MEW) to secure the 2022 early bird savings.

To learn more about how you can get involved whether it’s to exhibit, sponsor, or attend as a delegate, click here (https://bit.ly/3wt5Rom). Enquire now (https://bit.ly/3wsTN6z) to secure the 2022 early bird savings.

5th Global Conference on the Elimination of Child Labour climaxed, knowledge building and awareness-raising to fight against Child Labour